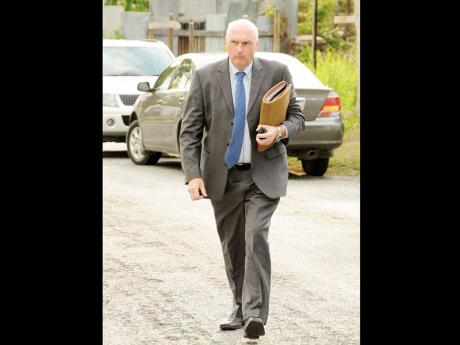 Operation Kingfish, the much-heralded police anti-crime initiative launched in 2004 and mandated to go after the major players in the organised crime world, has been quietly disbanded and its functions transferred to other units within the police force.

The dismantling of the task force reportedly started in 2008 after the unit was given national commendations for leading probes which led to the arrest and conviction of reputed criminal dons, including Donald 'Zekes' Phipps of Matthews Lane and Joel Andem of the Gideon Warriors.

Outgoing Assistant Commissioner of Police Les Green last week confirmed that Kingfish has been disbanded and was at a loss when asked why the plug was pulled.

"I don't know why it got disbanded, but it has been quietly disbanded and no longer exists ... . It was never announced or formulated as a closure," stated Green.

He argued that politics and jealousy played a part in the demise of Operation Kingfish, which was an intelligence-driven initiative, involving hand-picked members of the local police force working closely with their counterparts in the United Kingdom and the United States.

According to Green, the only remnant of Operation Kingfish is "the hotline, which is still operational, still manned and generating results".

Green pointed out that the dismantling of the anti-crime task force coincided with the change in administration from the People's National Party government, which gave birth to Operation Kingfish, to the Jamaica Labour Party administration.

He said the demise was incremental, with four units within the police force benefiting from the legacy of Operation Kingfish.

Green said: "The first move was to bring Kingfish under the National Intelligence Branch; second, the investigative element was transferred to the Transnational Crime and Narcotics Division; third, the task force was splintered into two separate departments.

"The investigative arm was then broken up even further and now forms the core basis of the Kingston and St Andrew Major Investigative Task Force, and elements of Kingfish were transferred to Mobile Reserve."

He said the intelligence arm of Operation Kingfish remains in the National Intelligence Bureau (NIB), but it is no longer specifically coordinating intelligence on criminal gangs.

National Security Minister Peter Bunting confirmed that Kingfish had been sliced up for sometime now.

"It was scrapped a long time ago - certainly before I took over as minister, and may even have before my predecessor's (Dwight Nelson) time," Bunting told The Sunday Gleaner yesterday.

The national security minister said that while in opposition he noticed that there was talk about the NIB and Kingfish, but gradually the Kingfish was dropped.

"But I really can't recall any official release about its discontinuation," said Bunting.

According to Bunting, while no reasons have been given for its termination, Kingfish may simply have been the victim of the policy of a former administration.

He added that Kingfish may have been a victim of its own success.

Meanwhile, outgoing ACP Green admitted that Operation Kingfish also suffered from internal jealousy, as the unit was being credited for a lot of drug busts and bringing down some of the country's most feared criminals when much of the work wasn't done by Kingfish operatives.

"There was jealousy because the Kingfish name was always out there, even when Kingfish officers didn't do the work. There were local police doing the work," stated Green.

He told The Sunday Gleaner that these hard-working police officers were not being credited for their work, with Kingfish receiving all the glory, and this caused a lot of disquiet within the force.

Green added that there was also some amount of jealousy by law-enforcement agencies outside the police force.

According to Green, the Military Intelligence Unit (MIU) was initially apprehensive about passing information on to Kingfish because "it didn't trust the police to properly handle its intelligence, but this doesn't exist now".

He added: "We now have a better working relationship with MIU."

That means that there remains a gap left by Operation Kingfish, which needs to be filled.

Green argued that there needs to be a top-tier investigative body, highly ethical with good integrity, similar to America's Federal Bureau of Investigation, to fill the void left by Operation Kingfish.