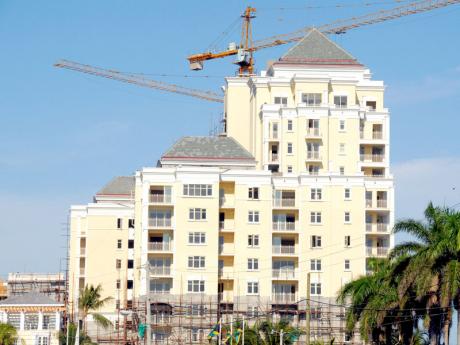 A section of Palmyra Resort & Spa under construction. File 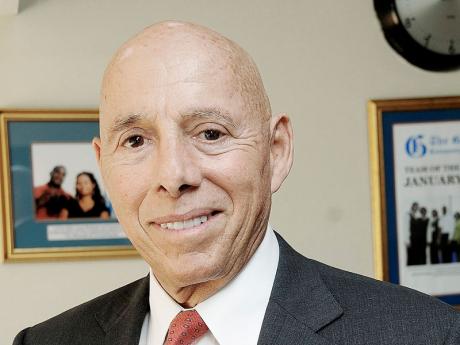 A United Kingdom-based Jamaican couple is among scores of investors left holding the proverbial bag after Palmyra Resort and Spa, in Montego Bay was placed in receivership last July.

The owners of the high-end project fell in arrears on a US$88 million loan from National Commercial Bank (NCB) and US$22 million from RBC Royal Bank Jamaica.

The banks placed the Palmyra into receivership and hired Business Recovery Services CEO Kenneth Tomlinson to recoup their losses.

This has left several investors, including Norris and Sandra Benjamin, now uncertain as to how much of their money they will recover.

"We worked very hard to get ourselves in a good position financially and wanted to invest in Jamaica despite the things that we heard," Mrs Benjamin told The Sunday Gleaner.

"We have lived most of our lives in the United Kingdom, but we are Jamaicans, this was where we were born, and we were determined to do something significant."

The couple, in their 60s, started the hunt for their dream home many years ago, when they decided to re-establish ties with their homeland, but never found anything to their liking, until mid-2006 when they learned of the Palmyra project.

They made an initial payment of US$101,390 in December of that year, and followed this with another deposit of US$98,025 four months later.

"This was perfect; a gated, beachfront, luxury-type setting was the ideal way to spend our retirement years," Mr Benjamin said when asked of his first impression of the development which sits on 16 acres of pristine beachfront land at Rose Hall.

Other advertisements described it as ideal for luxury mini vacations. It was also championed as one of the premier facilities for the introduction of casino gambling in Jamaica.

By May 2006, The Palmyra reported on its website that it had reached the US$100 million sales for its luxury villas and residences, "resulting in the complete sell out of one building and a significant number of residences in the other".

"We've long known that Jamaica is the next Caribbean destination primed for a real-estate boom, and we're pleased to know so many savvy buyers agree," Robert Trotta, the lead investor and developer was quoted as saying.

Four years after their initial payments, the Benjamin's were called for the final payment US$490,000. This was accompanied by a time sharing contract but that was not what the Benjamins wanted.

"We were told that Palmyra was to be operated as a condominium, that we could purchase the property outright," said Mr Benjamin.

"It was to be our own residence to close up and go and come as we please, not time sharing. We were assured that we would have obtained a complete apartment and title of ownership, we had no interest in time sharing."

But before they could respond, reports that the development could be in trouble surfaced. Now the distraught couple is seeking to recoup their deposit and has questioned the role of the Real Estate Board, charging that enough was not done to protect the interest of investors.

When contacted, CEO of the Real Estate Board, Sandra Watson refused to be drawn into a discussion on the matter.

"It is not prudent to speak on that matter," she said. "In fact, it is not in the best interest of the public that we make any such comment at this time."

However, checks to the board's website shows the project listed under development schemes, with some 629 residential lots, slated for completion by December 2009.

At present, only the Sabal and Silver Tower are completed, with over 100 owners of individual condos, while 97 remain unsold.

The Sentry Tower, a high-rise hotel designed for 88 studio suites, and 11 three-bedroom villas remains at varying stages of completion.

Well known businessman Godfrey Dyer, who has also been seeking to recover money paid to the Palmyra developers for a condo, told The Sunday Gleaner that with the project now in receivership, the likely outcome is not encouraging.

"I had actually started legal action before it went into receivership," he said, "I have been trying to recover my payments, because it was two and a half years late in delivery. With receivership the bankers will be the priority, with the purchasers coming after, so we can only pray that they get a good price that the purchasers will get back all their money," said Dyer

The Palmyra developer Robert Trotta, did not return several calls to his office.