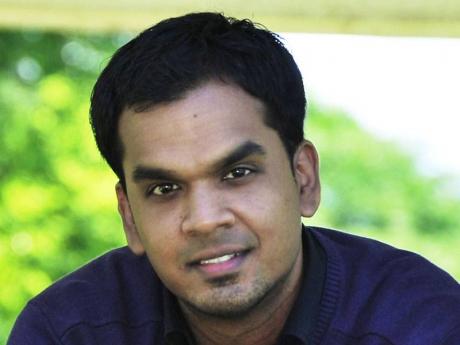 A few weeks ago, residents of Middleborough, Massachusetts, gathered for a town hall meeting. It was time to vote on a proposal to place a fine on the use of profanity in the community. The townsfolk were fed up with the way young people, in particular, were so callously throwing four-letter daggers every which way with nary a thought spared for the sensibilities of those around them.

Well, this had to stop, so the good people of Middleborough voted 183-50 in favour of a $20 fine being slapped upon anyone caught swearing in public. (What consenting adults say to each other in private is apparently their own business.)

Now, this is a bold move to be sure. Never mind the fact that it will only encourage more people to swear. The fine, it seems to me, enhances the forbidden nature of the words and makes them even more powerful missiles to be launched at deserving targets. Still, you have to admire the residents for managing to pull off such a move in this day and age.

I wonder how they'll decide what words to ban. If it's anything like Jamaica, it will be a complicated endeavour. What qualifies as a bad word in Stepney, St Ann, might barely raise an eyebrow in Mocho, Clarendon. A vile and offensive description of a man in Guava Gap, St Andrew, could very well flatter a fellow in Pepper, St Elizabeth.

Then you have the matter of how the words are used. For in the context of decorous dialogue, a word might prove perfectly mundane, yet when that same word is used in anger, it could just be enough to start a fight.

What makes a word 'bad' anyway?

And who decides that a word has gone bad?

Whoever it is seems to be slacking off on the job in Jamaica. Our bad-word vocabulary hasn't grown very much over the years. We're using many of the same words to describe our bosses, politicians and JPS today as we were decades ago. I think it's high time we update our cache of swear words. We're celebrating 50 years as an independent nation, yet we foolishly hang on to bad words from colonial times. This is unacceptable.

What we need to do is come up with an official Jamaica 50 list of bad words. This list, developed by some of our experts in the field of cursing (dancehall artistes, members of parliament, etc) should be used to celebrate throughout the year. Every word on the list should have a distinctive Jamaican sound. Nothing with a European flavour. We can't, after all, celebrate Jamaica 50 using words like 'blimey' and 'blooming'. It's just unnatural.

And with due respect to our neighbours in the Caribbean, their curse words won't make it on to our list either. We're close, but not that close.

To get this going, we can establish a Bad Word Secretariat, tasked with choosing the panel of experts to work on the list (I nominate Bounty Killer, Everald Warmington, and, of course, Shaggy, who can't be left out of any official event).

When the list is done, the secretariat can host a press conference declaring the finished list the one and only official Jamaica 50 list of bad words. No other bad words shall be used for the rest of the year. To do so would be unpatriotic.

Now, I imagine that there might be some pushback. People could start squabbling over words that were left off the list and complaining that some of the words just don't sound 'Jamaican enough'. This, despite all the effort that went into making the list authentic. Others will say they prefer to celebrate Jamaica 50 with bad words of their own choosing. You just can't please some people.

I suppose that if this does happen, and the situation gets out of control, the secretariat and whoever the minister in charge of bad words is, can find a way around it. Maybe they'll have to, at that point, just pretend that the list wasn't actually official; that those words were merely suggestions, but people were always free to curse as they like with words of their own liking.

I'm pretty certain this will win over the public again. Surely, we're not going to spend weeks and weeks arguing about this. As important as this list is, there are just so many more important things for us to be talking about. I swear!