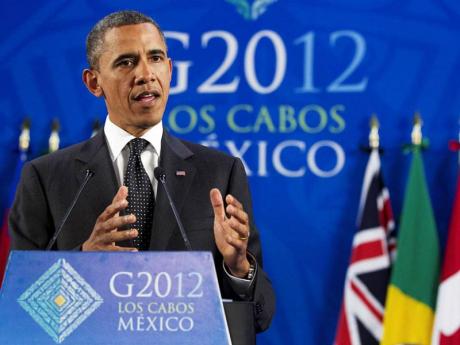 President Barack Obama speaks during a news conference at the G20 Summit, June 19.

It's the biggest secret in a city known for not keeping them. The nine Supreme Court justices and more than three dozen other people have kept quiet for more than two months about how the high court is going to rule on the constitutionality of President Barack Obama's health-care overhaul.

This is information that could move markets, turn economies and greatly affect this fall's national elections, including the presidential contest between Obama and Republican challenger Mitt Romney. But unlike the Congress and the executive branch, which seem to leak information willy-nilly, the Supreme Court, from the chief justice down to the lowliest clerk, appears to truly value silence when it comes to upcoming court opinions, big and small.

No one talks, and that's the way they like it.

Contrast this with the rest of the government, which couldn't keep secret President Barack Obama's direct role in supervising an unprecedented US cyberattack on Iran's nuclear facilities or the existence of a double agent inside al-Qaida's Yemen branch who tipped the US to a new design for a bomb to put on a jetliner.

As Republicans air their suspicion that the leaks might be deliberate to enhance the Obama administration's stature, Attorney General Eric Holder has appointed two US attorneys to investigate those two disclosures and probably additional recent national security leaks. Because far more people, of necessity, know about such secret national security operations, those investigators must examine hundreds, even thousands, of federal workers who might have known at least a chunk of the guarded information.