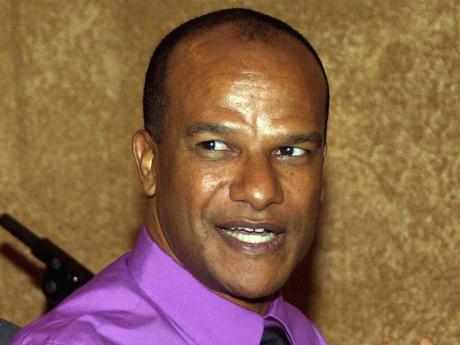 
WITH approximately 10 persons killed in separate incidents on the weekend, National Security Minister Peter Bunting has assured the nation that the security forces are continuing their relentless efforts to fight crime.

"We have to redouble our efforts going forward, continue what we are doing and be confident that over time, it will work," Bunting told The Gleaner yesterday.

According to reports, between Friday and Sunday, four persons were killed in St James, two in St Ann and four in August Town, St Andrew.

Yesterday, Bunting visited the August Town community in the wake of the early-morning killings, which reportedly resulted from a gun battle between rival gangs in the community.

"I don't want this weekend's murders to set back in any way all the effort that has gone into bringing August Town to where it is today," the minister said.

"I sympathise and understand the hurt and frustration, but we cannot give up on the peace process. We recognise that it can be a setback, but the residents have to hold on to what they have achieved over the years."

A 2008 peace treaty between ruling factions from the five districts in August Town put an end to a violent, bloody era that threatened to annihilate the community and had everyone living in fear. Several peace initiatives had helped to drastically cut the crime, with murders down to two last year.

"I encourage those who have been working with the PMI (Peace Management Initiative), community development committee and other entities to overcome this and to understand that if they don't want to return to those days, they have to keep working at it and ensure that it doesn't gather any momentum. They are not to be concerned with any retaliation, just allow the police to do their investigations, pursue the criminals and bring them to justice," said Bunting.

The minister assured that a number of initiatives would be put in place to protect the community from further attacks from the gunmen, as well as increased efforts to bring them to justice.

"I'm just asking the residents to have faith and don't come off the track that they have been on," he stressed.

The month-to-date murder rate compared with last year is reportedly at the same figures. One thousand one hundred and twenty-four persons were reportedly killed last year, 89 in the month of June.

Meanwhile, residents in August Town say they are fearful following the shooting incidents.

According to Senior Superintendent Derrick Knight, there were two separate shooting incidents on Saturday, one in the morning and another in the evening. He said one of the incidents could be as a result of one of the deceased being a witness in a court case.

A resident from the community was in tears as she told our news team that her life has been threatened.

Councillor for the August Town division, Venesha Phillips, told our news team that the shooting incidents started approximately two weeks ago. She noted that it stemmed from a break away from the Jungle 12 gang.