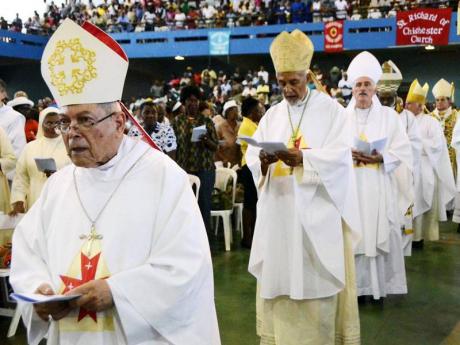 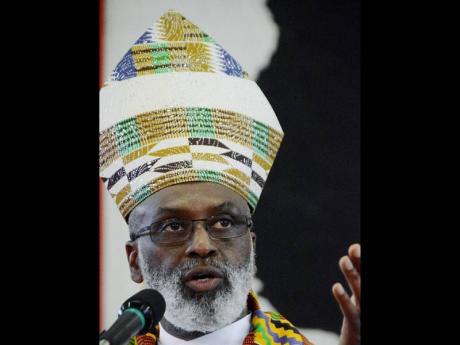 FROM THE outside, one could have easily thought that a reggae concert was in high gear yesterday afternoon as the sound of Bob Marley's Redemption Song rang out from the National Arena.

One would hardly guess that on the inside was a mass gathering of Catholic priests and other members of the Catholic faith who congregated to celebrate the 500th anniversary of Catholic witness in Jamaica.

The effervescent visiting Archbishop of Accra, the Reverend Charles Palmer-Buckle, was the one who led the charge using the famous reggae song to open the floor to deliver the homily to the hundreds who gathered from all across Jamaica.

Congregants rocked to the sound of the guitars and drums as they sang along with Palmer-Buckle, who made the journey from Africa to Jamaica to celebrate the Church's half-millennium anniversary.

Palmer-Buckle, who has been a critic of the British and American governments for their stance on homosexuality, used the platform at the National Arena yesterday to launch his attack against some politicians he deemed as power-struck and have lost their moral compass.

Last month, United States President Barack Obama, in a move that has been largely criticised as a political ploy, stated publicly that he believes same-sex couples should be able to get married.

The Catholic priest labelled as idolatry and slavery the selfishness he said has engulfed the world today and warned his members to stay away from self-indulgence.