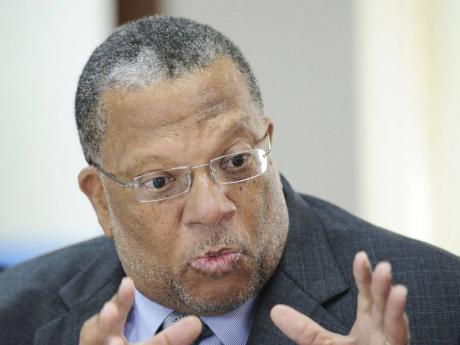 FINANCE MINISTER Dr Peter Phillips has said the proposal to give the Bank of Jamaica oversight responsibility for all financial institutions, including credit unions, is consistent with the global response to the recent financial crisis.

He added: "The global environment is now requiring us to comply with international financial standards. Recent and proposed regulations that impact or will impact what we do here in the Caribbean include the Foreign Account Tax Compliance Act (FATCA)."

Under FACTA, which will become effective in January 2013, foreign financial institutions will have to furnish the United States authorities with information on American citizens, and individuals referred to as US persons, with substantial savings outside the country.

Phillips' comments were made at the opening ceremony for the Caribbean Confederation of Credit Union's (CCCU) 55th annual international convention at The Ritz-Carlton Hotel in Montego Bay, St James, on Saturday.

He noted also that credit unions are listed among the financial institutions in both the Proceeds of Crime Act and the Terrorism Prevention Act, which are subject to statutory obligations. As such, this aspect of the regulatory framework has not been addressed with the absence of passage for the draft regulations for credit unions.

"It will most likely be an issue of concern if the proposed regulatory regime for credit unions is not brought into effect before the next round of Anti-Money Laundering and Combating the Financing of Terrorism mutual evaluations by the Caribbean Financial Task Force slated for next year.

But CCCU President Yvonne Ridguard Harris said while her group was not averse to regulations, it objects to being regulated as banks.

"So CCCU intends to continue its advocacy programme to ensure that credit unions benefit from enabling legislation and that our regulators, respective governments and Caribbean people understand the uniqueness and difference of the credit-union movement and its contribution to our socio-economic development," she explained.

"As times change, many change their story to stay relevant. Co-operatives and, in particular, credit-union institutions are more relevant today than ever because our story of financial service integrity and humanity is still the same as when we started."