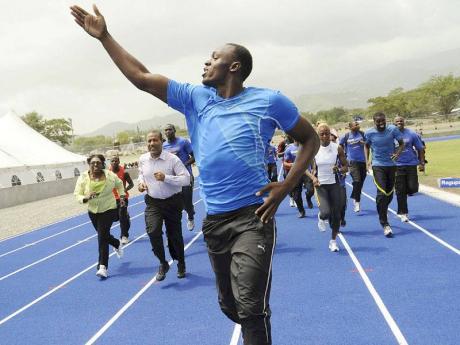 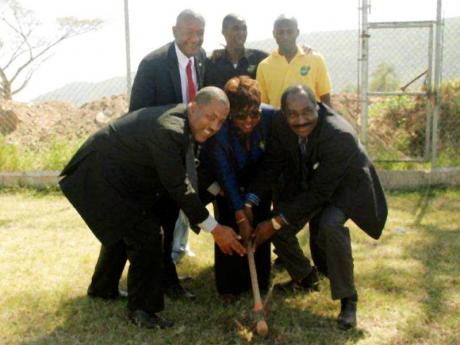 THE UNIVERSITY of the West Indies (UWI) is considered the region's premier educational institution. Its faculties offer a wide range of undergraduate, master's and doctoral programmes with a strong emphasis on Caribbean issues.

The UWI also recognises the importance of sports in the overall development of the regional community and has embarked on an exciting new phase of sports development. The UWI Sports Department began in the late 1960s with the vision geared towards recreational sporting disciplines. This included hall-by-hall rivalry, which was extended to inter-campus competitions.

However, the UWI now envisions that its students should not only be leaders in academia, but also out of the classroom, for example, in the area of sports, by offering internationally competitive athletic facilities and programmes.

"We still pride ourselves as the place for academics. But globalisation is taking place, so academics alone won't cut it," said Dalton Myers, sports director at the UWI. He said the major changes came about when Olympian Grace Jackson was at the helm of the department. Myers said, with Jackson's experience locally and overseas, it helped to make the necessary changes.

The environment, Myers said, has now been set for UWI students to show their sporting prowess, having now been exposed to the highest level of competition within and outside of the region.

"We host competitions and invite overseas teams. Our students are a part of the process where they compete, work with the management component, and also act as volunteers," Myers said.

Currently, UWI Mona participates in national sporting competitions. Participation at this level presents students with greater challenges and provides opportunities for individual excellence as well as for marketing the institution. To make the process easier, the UWI has instituted a scholarship programme to encourage and assist students with the highest potential to excel in the broad areas of sports and sports development.

Based on an evaluation, prospective athletes are awarded full or part-time scholarships. The full scholarship includes full tuition, accommodation, meal, sports psychology, physiotherapy, and an academic support unit. At times, because of training, travelling or competition, some of the student athletes are unable to attend classes and, according to Myers, they ensure that they receive the necessary academic support.

"If they miss classes, examinations or labs, we work with the faculties to ensure that they have access to all the information and material they need. However, this must mean that the athlete is at the top of his or her game - right at the doorstep into a national team," Myers said.

With regards to the half scholarships, these are given based on needs assessment. This is the fifth year of the scholarship programme that initially started with track and field as well as football as the two main disciplines. However, the offerings have expanded, with 30 new persons receiving scholarships in different disciplines. The target is for 70 persons to receive scholarships at the end of 2012.

The UWI is also in the process of expanding its sports complex that is situated at the Mona Bowl, and will provide state-of-the-art facilities for both recreational and competitive sports.

The High Performance Centre and the Racers Track Club are both headquartered at the Bowl. The facilities, some of which have been upgraded or introduced under a recent Sports Enhancement Initiative, include the three main football fields, an indoor sports court, the Frank Worrell Cricket Ground, an Olympic-size swimming pool, floodlit tennis and hard court facilities, a training gymnasium and a weight training room.

Myers said they are also collaborating with different sports organisations to build the viability of the institution. "The Jamaica Football Federation (JFF) Academy is almost complete. The JFF is in charge of football and our teams will also get a chance to train and practise with them," Myers disclosed.

"We are aiming to become the university of choice that facilitates students who do academics and sports. We are not competing with a UTech (University of Technology) or G.C. Foster College. We want to complement what they have done, but also raise the bar," Myers said.

The UWI, Mona, also recognises the role that sport can play in enhancing community development and has had a long and significant sporting association with the neighbouring communities of August Town, Hermitage and Elletson Flats. The initial link, dating back to the late 1950s, was in football, and the relationship has grown to the extent that all communities use UWI facilities at the UWI Mona Bowl as the venue for their home games.

The UWI, Mona, is also consolidating its efforts in community development through its University Township project. This project will deepen the relationships that the UWI enjoys with surrounding communities. The project involves the use of UWI resources to promote educational development, skills training, health and nutrition, community development, culture and sports, as well as economic development, violence prevention and crime reduction.