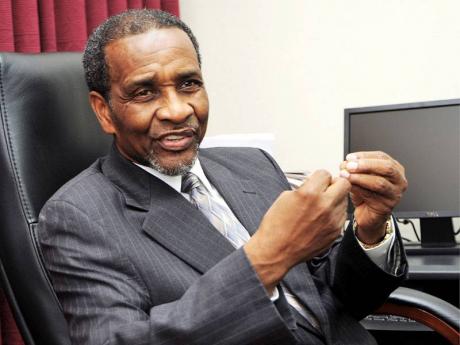 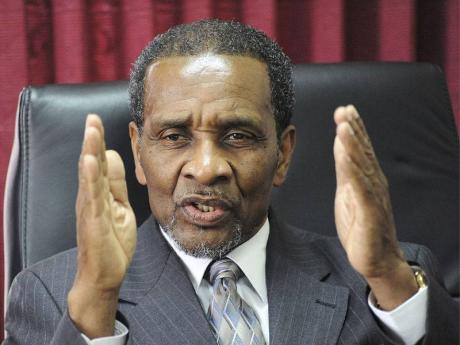 Dr Trevor Gardner, president of the Northern Caribbean University. says, I serve because it's my psychic joy. There is no selfish motive. It just makes me feel good to serve. 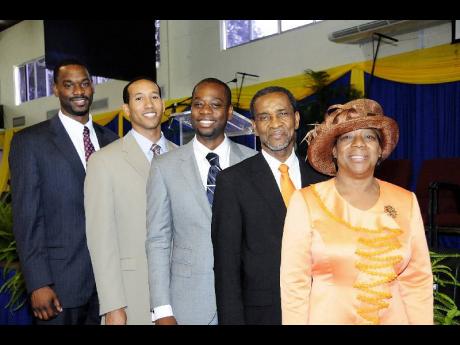 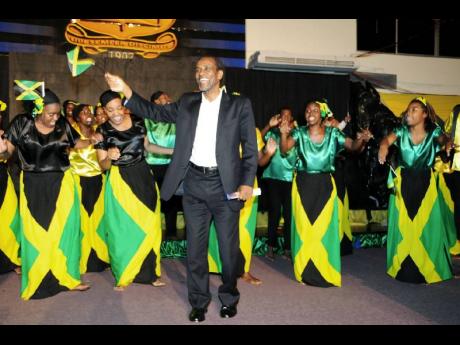 Dr Trevor Gardner waves a Jamaica flag during a Jamaica Unite concert held last Thursday at the Northern Caribbean University gymnatorium in Mandeville. The concert was part of the activities to mark the inauguration celebrations and also in recognition of Jamaica's 50th year of Independence celebrations. - Contributed photos
1
2
3
4

Starting today, Dr Trevor Gardner becomes the 23rd president of the Seventh-day Adventists' Northern Caribbean University (NCU), in Mandeville, Manchester. Born in Kingston, Jamaica, of humble parentage, the soft-spoken Dr Gardner grew up in what he describes as abject poverty in Greenwich Town, Kingston and later moved from the seaside fishing community to Bartons and Linstead in St Catherine up to age 15. Gardner received his early education at Denham Town and Brown's Hall elementary schools and Dinthill Technical High School. He went on to qualify as a teacher at The Mico Teachers' College, followed by undergraduate and postgraduate degrees at the University of the West Indies, Northern Caribbean University, Andrews University, and Michigan State University.

While lauding the admirable legacy of his 22 predecessors, in his first interview in his new role, Gardner outlined to The Gleaner, his vision to move NCU from good to great in the following areas:

1.Maintain without compromise the same Seventh-day Adventist ethos that gave 106 years of stability to NCU.

2. Move from good to great the things the university is good at, such as theology and technology. "We must move technology out from the campus into the rest of the nation. We are strong in liberal arts. Our graduates have gone on to excel at law, architecture and other areas. We must make that great," he said.

3. Become great at the excellent health programme for which NCU is known by developing a health system that is different from others. "We need to find a niche in the health system to deliver health care. NCU is strongest at preventive medicine so we must become great at it and help the Government find another way to look at medicine. So we must establish a medical school here," he said.

4. NCU must be the rural university model that shows that life does not begin and end in Kingston.

5. Establishing a living museum at the university based on what the bauxite industry meant to Mandeville would go a far way in giving Mandeville its identity as a rural city. "I hope the city fathers will embrace the idea of a university town and do what is necessary to make it happen," Gardner said. He added that it would be good to preserve the story of the bauxite industry for Jamaica, what it meant to the town, how the town benefited and how it is a part of the town's heritage.

6. Research centre to transform lives. Focus on human misery and challenges and design applied research to change it. "So that is why there is a team of scientists from the university who are now in St Elizabeth trying to find the cause of the attack by worms on crops in sections of the parish and finding possible ways to rid the farms of the pests," he said.

7. Part of Gardner's vision is to establish a male academy that will find and train teachers who understand the psyche of our men. Research in that area is lacking.

8. He would like the university to take a new look at the way we do business and change competition methods now used for better results. Establish entrepreneurial centres whose objectives would include helping groups like higglers understand why so many of them are no better off in spite of years on the job. NCU can enrich that environment. "For example, we want to teach new business methods to persons who sell the same product at the same location, instead of offering different items," he said.

9. "I hope to work with a number of other universities like the California-based Loma Linda University to get help to strengthen our research capacity.

10. NCU needs to find ways to to articulate the issue of sound values. A curriculum has to be developed that finds a synergy between knowledge and values so that "we don't just put out educated beasts, but rather educated citizens," Gardner noted.

11. Gardner sees as vital, a greater synergy with the other tertiary institutions located in the area, and he hopes to promote closer ties among NCU, Church Teachers' College, the Catholic College, Bethlehem Moravian College, and the University College of the Caribbean.

Mandeville has suffered severe after-shocks from the closure of the bauxite companies that buoyed its economic fortunes for decades. The Gleaner asked Gardner whether the closure had impacted enrolment figures at NCU. He said to the contrary, studies elsewhere show that university towns seem to thrive during a downturn in the economy because people think it's the right time to invest in their education. However, he said NCU cannot survive only on tuition fees, so the Adventist Church continues to infuse millions into its maintenance.

He expressed concern that although the parents of students are also taxpaying citizens, they have to pay the full tuition for their children; Government does not help. "We get something periodically, but we cannot plan on it. I believe we should get something more. A government that is looking towards the future should also look at what the university is contributing to the country," Gardner stressed.

Sitting on more than 200 acres, there is adequate space to expand the mid-island university and Gardner yesterday unveiled such a plan to the board of the university. Some proposed structures will be completed in the short term, while others are set for the long term. They included an IT village, a dental school, a criminal justice school, a wellness facility, a fourth and fifth extension school, student halls of residence to house at least a third of the population, refurbishing the present research buildings and constructing new ones, a student centre to be completed over the next five years as funds become available and, the time has come for a worship centre.

Under his watch, Gardner intends to pursue countries in Latin America and hard-currency countries like the United States of America with a view to bringing in up to 20 per cent of the student body that now stands at 5,600. Gardner said it is a priority to attract students from Brazil, the Dominican Republic, and Colombia and also to develop academic projects to attract students from those countries to NCU.

As he contemplates the task ahead, Gardner said he's driven by a simple sense of service. "I am excited to do something good for someone. I always ask people, 'what can I do to help you?' I serve because it's my psychic joy. There is no selfish motive, it just makes me feel good to serve," he said.

With days that start when he wakes at 5:30, Gardner is at work by 8 a.m. and goes through a packed schedule. He returns home by 6 p.m. for more work before relaxing. He will spend the first year of his presidency travelling extensively overseas to meet with NCU stakeholders. The sometime preacher watches some television, attends concerts, analyses the arts as well as reads and plays tennis and football with students and faculty for relaxation.

Married to Trinidadian Dr Patricia Gardner, they have four adult children - three sons and a daughter, two attorneys, a businessman, and a doctor. His favourite fruits are mangoes and ripe bananas. The one thing Gardner would want to do at some point in the future is make films.