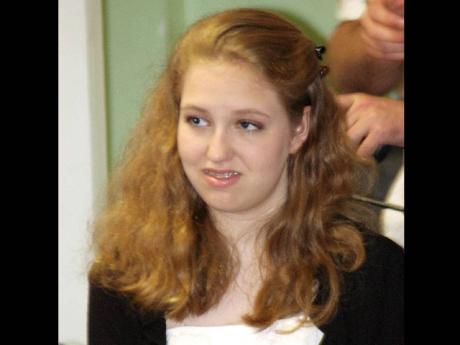 Fifteen-year-old Catherine Wicker is not just another youth uninterested in the political process. In fact, Catherine is now so engaged, she is "getting ready to start teaching the process to (other) people.

"... One of the biggest issues right now is that people don't realise they can have a voice in their government," Wicker told The Gleaner at an interview in Austin, Texas.

To understand Catherine's settled sense that she can impact her world, one needs to hear the amazing experience of how she first got involved in politics.

The right to use restrooms

In a campaign which lasted from seven until she was 10 years of age, Catherine Wicker campaigned across the State of Texas, and "nationally" across the United States of America for special laws regarding people suffering ulcerative colitis.

"I have a chronic illness called ulcer colitis, where my large intestine would bleed internally, so I'd have to use the bathroom really fast," argued Wicker.

One day, while seven-year-old Catherine was shopping in Austin, she asked to use the store's bathroom. The store personnel said no and sent her across the street to another store. Desperate to use the restroom, Catherine ran across the road without looking both ways and was nearly killed by an oncoming car.

The law had to change, Catherine decided. People in medical need of a restroom should not be denied. So she started her long journey.

To get a bill passed in the State of Texas you "start with your state representative". Catherine would call her representative's office regularly "... you have to keep nagging them a whole bunch," she explained.

She was told from the start that the chances of getting a bill to pass were nearly literally 10,000 to 1.

"They say there are 10,000 bills that go through every year and the chance of getting one to pass is so slim. I would do different gimmick-type things, you have to be known, your bill has to stick out from the 10,000."

After too much organising and lobbying to recount, Catherine witnessed the passing of the Restrooms Access Act, House Bill 416 in September 2007. The Act makes it an offence for retailers to deny (private) restroom access to customers with inflammatory bowel disease, irritable bowel syndrome or any other condition that requires immediate restroom access.