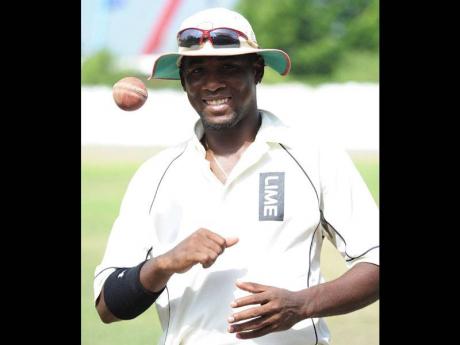 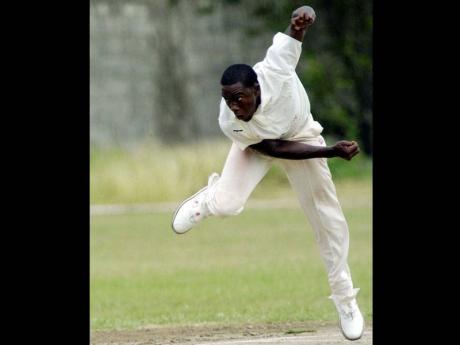 The 28-year-old, who has been sidelined from competitive cricket due to a chronic back problem, led the way as St Catherine CC, replying to St Elizabeth's first-innings total of 223, were bowled out for 170.

Taylor, in his first competitive game for close to nine months, was best supported by young fast bowler, Omar Samuels, who took three for 24, while Ravmon Powell, 41, made the most runs for the visitors.

St Elizabeth, batting a second time, went on to make 129, with Daniel Ricketts getting 39 against Odean Brown, who claimed four for 41.

Elsewhere, Melbourne, the Jamaica Defence Force, and defending champions Manchester all booked their ticket to the final four after getting the better of St Mary, Hanover, and Kensington, respectively.

At Melbourne Oval, a good all-round performance from the league's leading wicket-taker, leg-spinner Damion Jacobs, guided Melbourne to an innings and 42-runs-win over St Mary.

Resuming on 275 for six in reply to St Mary's first-innings total of 122, Melbourne went on to post 400 with big-hitting all-rounder, Garfield Moore, making 82, John-Ross Campbell 46, and Jacobs 43 against left-arm spinner Marlon Byfield, who took three for 148.

St Mary, batting a second time, were dismissed for 234 with Aldane Thomas top-scoring with 54. Left-arm spinner, Christopher Lamont, took three for 23 and Jacobs, two for 65.

Starting the day on 25 without loss after a wet pitch prevented play for much of the first day, Manchester were dismissed for 168 with Oshane Walters making 42 against Craighan Malcolm, five for 26, and David Bernard Jr, three for 54.

Kensington, in reply, were bowled out for 102 with off-spinner Jamie Merchant, three for 23, and pace bowler Stevon Patterson, two for 26, taking the most wickets.

At Up Park Camp, Hanover, who resumed on 67 for four, were dismissed for 103 with Daren Gordon top-scoring with 24 against Leighton Leslie, five for 34, and Akbar Moodie, four for 38.

The JDF, batting a second time, reached 279 for six when stumps were drawn. Mark Gray, 51 not out, and Damion Grey, 43, made the most runs for the army men against part-time off-spinner Kennar Lewis, four for 60.

Melbourne will host St Elizabeth and the JDF will play at home to Manchester in the upcoming semi-finals on the weekend.