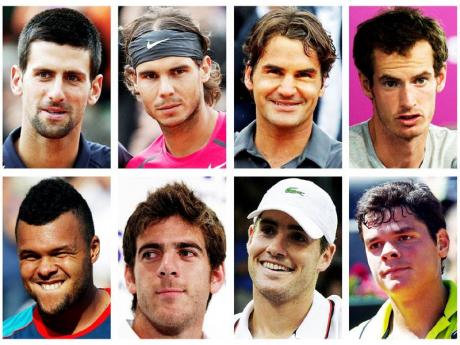 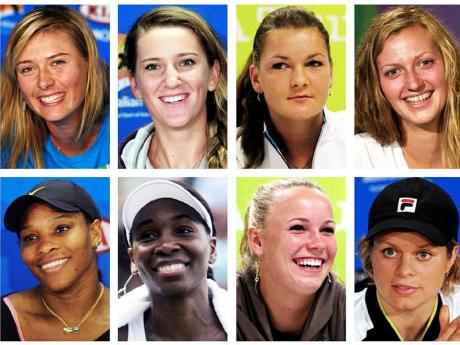 The question drew a chuckle from Novak Djokovic.

Could the prestigious Grand Slam tournament Wimbledon, officially called simply The Championships, be thought of as a dress rehearsal this year?

After all, the tennis portion of the London Olympics will be held on the same grass courts at the All England Club, starting July 28, three weeks following the end of Wimbledon.

"I don't believe that Wimbledon can be rehearsal for anything," Djokovic said yesterday, gently tapping his fingers on the desk in front of him. "It's (the) most respected, most well-known, most valuable tennis tournament in the world. This is, in my opinion, the pinnacle of our sport. Of course, Olympic Games are something (beyond) comparison with any other tournaments."

OK, so forget the notion of Wimbledon-as-tuneup. Still, the No. 1-ranked Djokovic and others are excited about the prospect of playing at their sport's most hallowed ground for more than one prize this season.

"It is very emotional, because it is not just you who matters there, it's the whole nation. So there is a huge excitement going on with all the tennis players prior to the Olympic Games," said Djokovic, who will carry Serbia's flag at the opening ceremony next month.

Serena Williams explained: "As a tennis player, you get to play Grand Slams, which you get to play every other week, it seems. You don't think about the Olympics. It's just an added bonus.''

Djokovic begins the defence of his Wimbledon title - and, um, Olympic preparations - today, playing the first match on Centre Court, an honour given the previous year's male champion. He'll face Juan Carlos Ferrero, who won the French Open in 2003 and briefly held the top spot in the ATP rankings that year.

Others scheduled to play on day one include No. 3 Roger Federer, a six-time Wimbledon champion, against 43rd-ranked Albert Ramos; No. 1 Maria Sharapova against 133rd-ranked Anastasia Rodionova; five-time Wimbledon champion Venus Williams against 79th-ranked Elena Vesnina; four-time major champion Kim Clijsters, who's entered in the tournament for the final time before retiring in September, against another former No. 1, Jelena Jankovic; along with Americans John Isner, James Blake, Ryan Harrison, Christina McHale, Melanie Oudin and Sloane Stephens.

They'll all be wearing "almost entirely white" clothing to adhere to the tournament's strict rules, which call for a player to be defaulted if not in proper attire. That'll change come Olympic time, though, as will other aspects of the look and feel of the place - such as the sure-to-be-ubiquitous five-ring logos.

"I saw the red skirt," she recounted. "I was like, 'Red skirt at Wimbledon'?"

Then, turning to tennis talk, he added: "Knowing that I had great success in 2011 on Wimbledon grass actually gives me confidence before this year's Wimbledon and Olympic Games."

Not that he lacks self-belief anywhere. Or should.

Djokovic won four of the last six Grand Slam titles and nearly became the first man in 43 years to earn four in a row. But his 27-match winning streak at major tournaments ended with a four-set loss to No. 2 Rafael Nadal in the French Open final two weeks ago.

Asked how he was able to put that in the past, Djokovic replied: "Well, I had to."

"It's behind me now - I was so close - even though there was a slight disappointment after the match, because I was aware of the chance that I had in Roland Garros," he said. "But the day after, I felt good about my tournament, about my achievement in Paris. It was the first time I ever have been in the finals of Roland Garros. ... I'm still only 25, so I believe that I have a lot more years and a lot more chances to win Roland Garros."

He famously plucked some blades of grass from the Centre Court lawn, then shoved them in his mouth, after beating Nadal in last year's Wimbledon final.

That was Djokovic's first title of any sort on grass, allowed him to overtake Nadal atop the rankings and cemented the Serb as the new man to beat in tennis. He followed that up by beating Nadal in the finals at the US Open in September and Australian Open in January, too.

They are the first men to meet in four successive Grand Slam finals; even Nadal and Federer never played each other in more than two in a row, although their eight major finals overall (Nadal leads 6-2) is a record.

"When I started to play well, Roger always was there. With Novak, it's little bit the other way: I was there and then he came," said Nadal, who has played in five Wimbledon finals, winning two. "So (it's) difficult for me to analyse which rivalry is more important, less important, more attractive, less attractive."