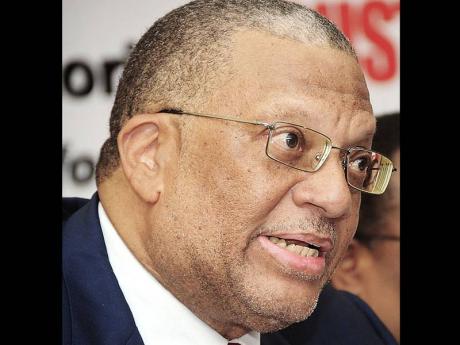 The Caribbean Confederation of Credit Unions has been told there is need for tighter run financial systems in the region in the wake of the global financial crisis and the need to battle international terrorism and money laundering.

"The global environment is now requiring us to comply with international financial standard. Recently proposed regulations that impact, or will impact, what we do here in the Caribbean include the Foreign Account Tax Compliance Act (FATCA), and the provisions under the Anti-Money Laundering and Combating the Financing of Terrorism (AML/CFT) Regime," said Finance and Planning Minister Dr Peter Phillips.

Addressing more than 600 credit union officials attending a three-day meeting which ends in Montego Bay today, Phillips said that other institutions have been forced to comply with these statutory obligations, including building societies, banks and securities dealers.

He said the regulations, when in full effect, will be far-reaching and that the United States (US)-led initiative enlists assistance of foreign financial institutions to provide information on US citizens, legal residents, or US entities that have a legal obligation to pay US taxes or at least make US tax returns.

"Some of your members may be affected by this law, which becomes effective in 2013," he noted, adding that it was therefore incumbent on the leadership of credit unions to become familiar with the provisions of this Act and communicate with its membership.

"As a country, we cannot escape these realities. If we do not have an appropriate and acceptable regulatory framework, then Jamaica's financial system as a whole is going to face difficulties.

"The new regulatory environment governing financial institutions will be adopted; there is simply no way around it. Not only do we have our own regulations to contend with, but if we are not to be blacklisted and isolated in the global environment, we will have to abide by international regulations," he added.

Phillips said that Jamaica cannot afford to jeopardise its international standing by not complying with the requirements of the global community.

The three-day convention will allow credit union officials to look at issues to strengthen their operations, and adopt positions to facilitate discussions on public policy.