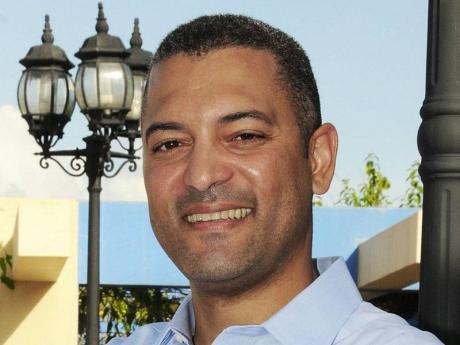 By Daniel Thwaites
There is much we can usefully emulate from America. For instance, Americans have a public concern about fiscal sanity. Not us. In our public discourse, we've pretty much never seen a loan it wasn't good to take.

But on some issues, where America goes East, we must go West. Notice the worrying trend where 'vagi' is concerned.

There. So formalities aside, back to business.

America seems to be evolving a system where the public has pagan sexual licence, but public figures are expected to be evangelical-Christian chaste. It's schizophrenic. I'm wondering when they will just go ahead and declare 'cho cho' illegal? It can't be long. I would give it a year.

John Edwards, the former presidential candidate, was just acquitted for breaching the rules of 'pp' by secretly channelling campaign funds to his babymama. One can't help but feel that anti-'kitty' sentiment, and the powerful anti-'pums' lobby, stood behind the damaging prosecution and public humiliation.

One side effect of the persecution of 'pums' is that it forces people to contort the language.

You may recall Clinton had said "There's nothing going on between us," about Monica Lewinsky. He was later asked if he was lying. His response was the immortal: It depends on what the meaning of the word 'is' is." Bill was quite right, and till this very day, his response gives me great joy when I ponder it's existential splendour.

In Edwards' case, much of the argument came down to the meaning of the word 'the'. The question was whether almost US$1 million was a campaign contribution, defined by law as "any gift, subscription, loan, advance, or deposit or money ... for the purpose of influencing any election for federal office".

Edwards argued "the purpose" meant the money had to be for his presidential campaign, but his was a gift whose purpose was to hide the pretty baby from his wife. The judge disagreed. The money didn't need to be for the sole purpose of influencing the election to qualify. It could be to hide the baby and to influence the election. He's lucky the jury let him off.

Further on the anti-'chun chun' agenda, recently, Obama's choice for ambassador to Iraq, Brett McGurk, had to withdraw his nomination because of racy emails he exchanged years ago with a reporter. He is now married to that reporter. At the time of the emails, they were also married - just to other people.

The sad part is that Mr McGurk is understood to be the best man for the job (and also knowledgeable about Iraq). But the new rule is that regardless of one's accomplishments, once implicated in 'pun-y' business, that's the end of the line.

My goodness! In Jamaica, we consider sexting a human right. What do you think people are talking about while running up the bills in this Digicel and LIME price war?

OF WIeNERS AND WIeNERS

Look at what happened to Congressman A. Wiener from New York. He had to resign for texting his namesake to a woman. Admittedly, it's an unorthodox mating call. How a public official tries to acquire 'fishy' is also heavily regulated.

That also hit former attorney general of New York, Elliot Spitzer, who might have single-handedly cleaned up Wall Street and forestalled some of the financial mess. Unfortunately, he had been a great persecutor of the 'pums' too, until an apparent reverse-Damascene conversion that led him to involvement. After that, it was over for him.

The signs that 'salt fish' will be just outlawed are everywhere. Last week, Michigan state Representative Lisa Brownwas barred from speaking for a day following her use of the word 'vagina' in a debate about abortion rights. How exactly does one talk about reproduction while steering entirely clear of that word, or some substitute or derivative thereof?

Based on my trend analysis, it will probably be outright outlawed and done by 2013 for American public officials. 'Pokie' may continue to exist for the wider citizenry, but the controllers usually start at the top and work their way down. I think 'cho cho's' future is dark. But that may depend on what the meaning of the word 'is' is.