Kirk Franklin to headline Fun In The Son 2012 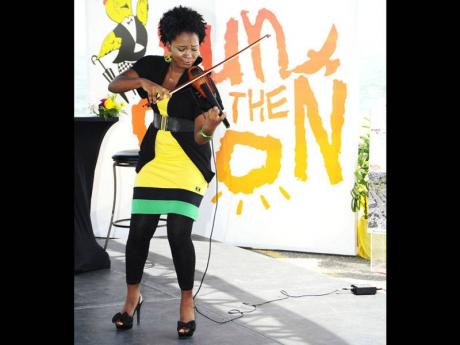 Gospel artiste Nadje Leslie performs at the media launch of Best Dressed Fun In The Son 2012 at the UDC car park on the Kingston waterfront on Sunday. - Ricardo Makyn/Staff Photographer 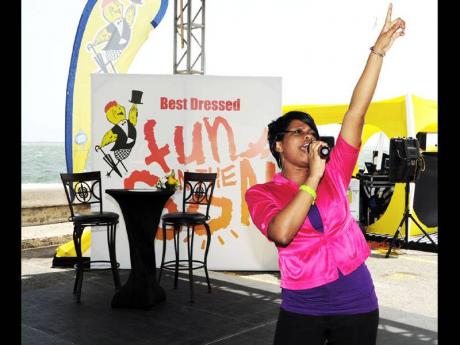 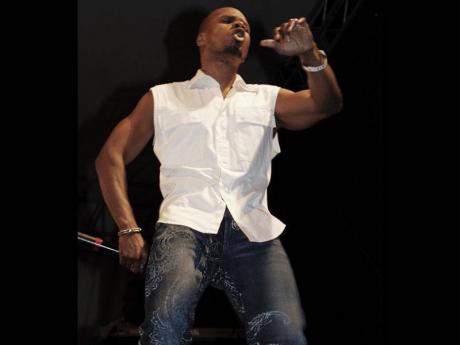 Multiple Grammy-winning artiste Kirk Franklin will be the headlining act for this year's Best Dressed Fun In The Son.

The announcement was made at the Best Dressed Fun In The Son launch, which took place at the UDC car park in downtown Kingston.

The UDC car park was elegantly transformed for the media brunch.

Guests at the launch were treated to brunch, which included oxtail, cashew rice, curried mutton, steam fish, pasta and a wide array of desserts and other delectable treats.

Now in its 10th year, Best Dressed Fun In The Son is one of the official Jamaica 50 celebratory events.

In his address, Christopher Levy, president and CEO of Jamaica Broilers, stated that it was a pleasure for the event to be a part of the Jamaica 50 celebrations.

Ten years ago, the event was held for the first time in Ocho Rios. Having moved to Kingston and St Andrew in 2005, the Best Dressed Fun In The Son will now be held at the National Heroes Park.

According to the promoter and director of Glory Music, Tommy Cowan, the event this year will include a tour of the National Heroes Park with actors dressed in clothes resembling those worn by the various national heroes.

There will also be a kiddies' village and a Reggae Jammin' Extreme Sports Zone.

In an interview with The Gleaner, Cowan stated that this year will be different from other years.

"We have never really had it in the heart of the city. We've had Kirk Franklin here before, but we've never really had him in the city performing. We're bringing in Junior Tucker, who has not been here for many years. We also can't leave out people like Carlene Davis and Papa San, who have been with us for the 10 years," Cowan said.

Minister of Youth and Culture Lisa Hanna thanked Cowan and his team who, she stated, not only helped with her personal development, but also the development of the country. She also thanked them for their contribution to the Labour Day project for the upkeep of the National Heroes Park.

Other artistes on the line-up include Goddy Goddy, DJ Nicholas, New Creation, On the Shout band and Simply Chrysolite, an all-girls group from South Africa.

Best Dressed Fun In The Son is slated to take place on Saturday July 14 at the National Heroes Park, beginning at 10 a.m.