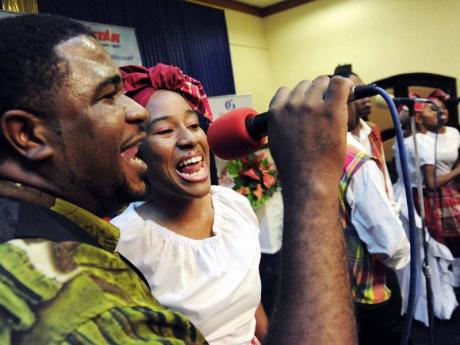 Nexus Performing Arts Company of Jamaica will hit the stage for a one-week trek across the island, with its Jamaica Jubilee Music Tour, starting today.

Sponsored by Chase in association with the Jamaica Cultural Development Commission (JCDC), the tour will comprise of two main elements, with the first being Nexus In Concert and the other, workshops for choirs and soloists.

In the concert section of the Jamaica Jubilee Music Tour, the group will be giving its version of many of Jamaica's folk songs as well as choral renditions of Jamaican pop music, gospel, spirituals and classical music of the African and European traditions.

Participants are to gain

For the workshops, participants will learn the finer parts of vocal production and performance for both soloists and choirs. They will be guided by Nexus' founder and artistic director, Hugh Douse; Gregory Simms, music specialist at the JCDC; Dr O'Neal Mundle, lecturer, music education at the University of the West Indies; and Matthew Silpot, lecturer, music at Mico University College.

Lionheart, The Nexus Jubilee Concert section of the Jamaica Jubilee Music Tour, will begin at 7:30 p.m. at the Cecil Charlton Hall in Mandeville, Manchester, before moving to the Port Maria Anglican Church Hall, again with a 7:30 p.m. start time on Wednesday.

On Thursday at 8 p.m., the Dennis Scott Theatre, Edna Manley College of the Visual and Performing Arts in St Andrew, will host Nexus in Concert, with the event closing at the Montego Bay Civic Centre in Montego Bay, St James, on Wednesday, July 4 at 7:30 p.m.

Patrons to the concerts will pay a Jubilee price of $500. The workshops will be free, but participants are being asked to bring their lunch.