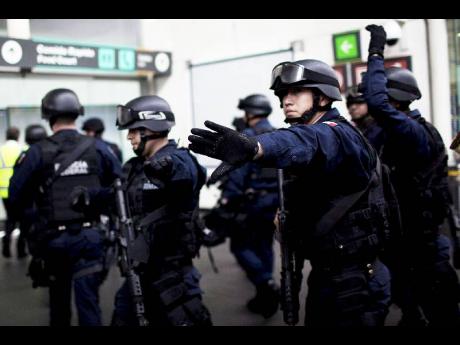 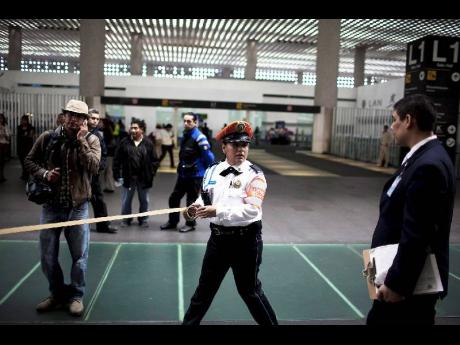 An airport police officer cordons off the scene where a shooting took place in Mexico City's international airport on Monday, June 25. Two people were shot to death and one was wounded at one of the airport's terminal and according to the federal Public Safety Department, at least one was a federal police officer. Details of the shooting are still unclear. - ap
1
2

A witness said the shooters also wore police uniforms, and the federal Public Safety Department said it was investigating whether the attackers were active-duty police, former officers or impostors. Criminals in Mexico sometimes use false police uniforms.

The slain agents had gone to the airport "to detain suspects linked to drug trafficking at Terminal 2," the Department said in a statement. "Upon seeing themselves surrounded by federal police, they (the suspects) opened fire on the officers."

Two officers died at the scene and another died later of his wounds at a local hospital.

No suspects had been arrested following the shooting, which took place shortly before 9 a.m. (10 a.m. EDT; 1400 GMT). The federal Attorney General's office said that its organised crime unit had opened an investigation into the case.

The shootings occurred around the food court, near the area where vehicles drop off passengers but well outside the internal security checkpoints where workers and passengers are screened.