Bonner's 82 in vain as Windies A lose in 'super over' 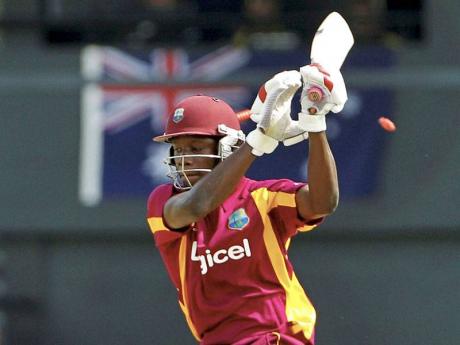 Opener Nkrumah Bonner's sensational half-century was in vain as West Indies lost an enthralling second Twenty20 to India A on the dreaded 'super over' late Sunday night.

The right-handed Jamaican smashed 82 from 65 balls, but the innings was only enough to draw Windies 'A' level with the visitors on 154 at the end of their 20 overs at Queen's Park Oval.

Resorting to the one-over eliminator to break the deadlock, West Indies could only manage four runs for two wickets off five balls.

Rohit Sharma was then run out off the first ball of left-arm spinner Sulieman Benn's over, but two wides and a boundary by Shikhar Dhawan saw India 'A' home in tense circumstances.

The finish was perhaps a fitting end to an evenly contested encounter.

Sent in to bat, India were lifted by a brilliant 79 from Ajinkya Rahane, who held the innings together by anchoring two crucial partnerships.

The right-hander struck four fours and two sixes off 63 balls in a measured knock, posting 61 for the first wicket with Dhawan and another 64 for the third wicket with Manoj Tiwary.

Dhawan hit 33 from 31 balls with four fours, while Tiwary got just 17 from 13 balls with a six, but offered precious support to Rahane during the middle overs.

Left-arm spinner Garey Mathurin claimed Dhawan to a catch by captain Kieran Powell at midwicket in the 11th over, while Tiwary holed out in the deep off Benn in the 18th over.

Benn also claimed Wriddhiman Saha in the final over to finish with two for 23.

In reply, Bonner and Powell got West Indies A off to a flying start with a stand of 72 off 54 balls for the first wicket.

Bonner hit three fours and two sixes, while the left-handed Powell counted two fours and a six before being run out.

Bonner put on 29 for the second wicket with Danza Hyatt (13) and a further 30 with Jonathan Carter who failed to score, as Windies A remained in the hunt.

India A struck a key blow off the second ball of the final over when Bonner top edged pacer Ashok Dinda to third man where Jalaj Saxena held a crucial catch, with two runs needed for victory.

Jason Mohammed, who finished on 16, got a single off the third ball, but new batsman Chris Barnwell then failed miserably to get bat on ball and went scoreless off the last three balls of the over.

Did not bat: B Kumar, R Sharma, A Darekar, A Dinda.

Result: India 'A' won via one-over eliminator after scores were tied.