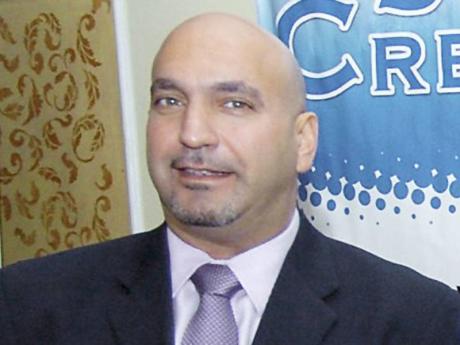 Christopher Zacca, as the sole candidate for president of the Private Sector Organisation of Jamaica (PSOJ), will likely land the position notwithstanding one technicality - he has not yet met all the qualifying criteria.

Zacca is confident that when the selection is done on July 19, he would have crossed the required hurdle of gaining membership on the PSOJ council, to which he has already been nominated for one of two available seats assigned to individuals.

His candidacy for president is also backed officially by the outgoing officeholder, Joseph M. Matalon.

Zacca said he was asked to run by "a large group of influential businessmen" who said the portfolio required sustained attention in the current economic climate.

He gave up his job in the public sector as head of the LNG Steering Committee to run.

"I was useful at LNG, but I really felt that I wanted to go back and lead the private sector at this time. All the different sectors need to work together at this time, so when asked, I thought it was a good idea," he said.

The elections to the council are set for July 4 at the PSOJ's annual general meeting, with Zacca's bid considered a shoo-in.

The PSOJ council is made up of 50 members: 25 seats are reserved for associations, but only 22 associations exist; 20 seats for companies; and five for individuals.

The other individual nominated to the council is Roy Banarsee, who is not new to the council. Banarsee's tenure has expired and he is offering himself for re-election.

Zacca is to replace Oswald Lee, who has not offered himself for re-election.

At the elections for council members, only companies will be voted on since 10 seats are up for rotation and more than 31 companies have offered themselves for nomination, said Sandra Glasgow, chief executive officer of the PSOJ.

"So coming on the 4th, there will be votes only for companies, as more than 10 companies were nominated; but Zacca and Banarsee will be automatic since they would take the individual council members to five."

Zacca is a former executive of the ATL Group and a former president of the PSOJ. He has been outside the private sector since the late 2000s when he entered the private sector as an adviser to then Prime Minister Bruce Golding and later as LNG consultant. He quit the latter job in early June.

"If he was a major shareholder in a company, then he would have to be in the company category. Now he can offer himself as an individual since he is a consultant in the private sector," Glasgow said of Zacca's bid.

Glasgow also said that rivalry for the PSOJ presidency is rare and that Zacca is unlikely to face competition.

"We have never had a contest for president, except for 2006 when Bill Clarke had put himself forward with Mr Zacca; but Mr Clarke pulled himself out before the election, so there was really no contest," Glasgow recalled.

Matalon has advised PSOJ members of his support for Zacca in a letter dated June 25.

"Chris is no stranger to the PSOJ, and as I am sure you will agree, I have every confidence that he will once again do a great job as president in furthering the interests of the PSOJ and its members. He will stand for election to council as an individual member and all individual members whom I have contacted have unreservedly endorsed his candidacy," he wrote.

Matalon has served three consecutive years as president of the PSOJ, two short of the maximum five years that a member can be president.