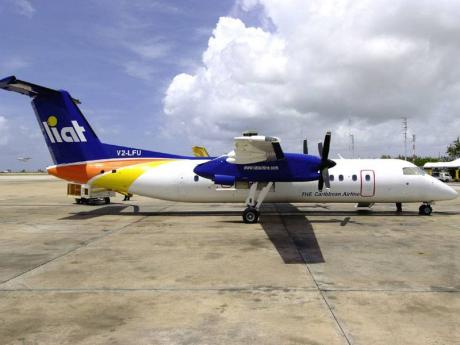 Dominica's Prime Minister Roosevelt Skerrit has defended the decision of his administration to invest EC$8 million (US$2.96 million) in the cash-strapped regional airline LIAT.

Skerrit said the airline has been working with the government to facilitate air travel into the island and that the decision to become a shareholder in the Antigua-based airline would further improve airlift.

He said LIAT had already introduced two flights to accommodate night landings in Dominica, allowing Dominicans to take advantage of late connections from North America and Europe from Barbados and Antigua and Barbuda.

"We are appreciative of LIAT for this ... and as a matter of fact, we already started discussions with LIAT in light of the situation confronting American Eagle to see whether they could reinstate the direct flight from San Juan to Dominica to facilitate our people who would be flying into Puerto Rico and who find Puerto Rico to be the more accessible hub to get to Dominica.

"But we can't go and make those demands on LIAT when we see LIAT has its own challenges and we just sit idly by criticising LIAT at every opportunity we get," Skerrit said.

Earlier, hotelier and leader of the opposition Dominica Freedom Party, Judith Pestaina, said while she supports the government's investment in the airline, which is owned by the governments of Antigua and Barbuda, St Vincent and the Grenadines and Barbados, there was need for transparency.

"While the decision to invest in LIAT is supported in principle since it is without doubt that LIAT is an economic lifeline for all of us in the region, particularly in the OECS, the process should be transparent, since any investment made by government is the concern of all Dominicans, the current generation and the next, as they are the ones who will have to face the consequences," Pestaina said in a statement.

She wants the government to offer assurances "that it is prudently managing taxpayers' money", noting that in the past, its record on the proper management of public funds has been found wanting.

"Therefore, the government must inform us of the specific benefits in investing eight million dollars in LIAT. Will it mean more frequent access into Dominica and more stay-over visitors for Dominica? Will it mean more jobs for Dominicans? What does the decision mean for those who were recently laid off when LIAT's central office in Roseau was closed," she said.

"Will it mean that we can expect a more efficiently run airline? The government is obliged to tell us the people whether it has done an analysis of the potential risks and, if so, what are those risks and how does it intend to manage them."