News Corp to split into two 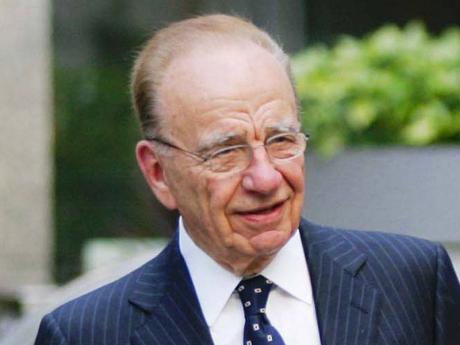 Under pressure to limit contagion from the British phone-hacking scandal, Rupert Murdoch's News Corp said Tuesday that it is considering splitting into two publicly traded companies.

The media conglomerate did not specify Tuesday which businesses each company would contain.

British investigators have been probing allegations that News Corp's UK newspaper journalists hacked into phones and bribed public officials in the hunt for scoops. The probe has caused the company to abandon its bid for full control of satellite TV firm British Sky Broadcasting and put its broadcast licence under regulatory scrutiny.

Bernstein analyst Todd Juenger said in a research note the split would allow the company to invest more in the growing entertainment field "without the baggage of publishing".

A former News Corp executive familiar with internal company deliberations said such a split has been talked about for years, although discussions gained new momentum in the wake of the phone-hacking scandal which erupted last July.

The split would allow Murdoch to keep control of his prized publishing operations through his voting shares while pleasing investors who have viewed the newspapers as a drag on the more profitable TV businesses. The Murdoch family controls about 40 per cent of News Corp.'s voting shares.

The former executive, who spoke on condition of anonymity in order to speak candidly about internal company deliberations, said no final decision has been made.

News Corp's entertainment businesses accounted for about 75 per cent of the company's revenue and nearly all of the operating profit in the first nine months of the fiscal year.

Evercore Partners analyst Alan Gould said the publishing assets could be worth about US$5 billion. Without them, he estimated revenue growth of the bigger TV and movie entity would nearly double to about seven per cent a year.