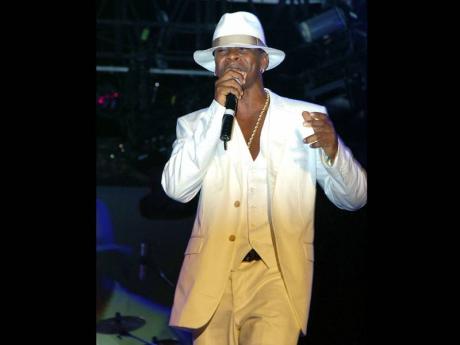 Mr Vegas spearheads artistes who have joined the country in celebrating Jamaica 50. - File

Mr Vegas recently received a double feature from Complex Magazine, one for a video the organisation released starring the entertainer, and the other because his Sweet Jamaica album is now ranked number 34 on 'The 50 Best Albums of 2012 (So Far)' list.

Of the two accomplishments, Mr Vegas is extremely proud.

"It's a great feeling and that's the kind of success that we've been working for with this album. To be the only reggae act on the top 50 albums of 2012 so far and to be listed above people like Nicki Minaj and Justin Beiber is just a great feeling," said Mr Vegas.

"We just think this will help to propel the album, especially at a time like now when there is hardly any reggae playing in Jamaica. It's a great opportunity for reggae acts to start putting out now. Freddie McGregor's album will come soon, Busy album out now, Romain Virgo also doing good. It's time for the world to start recognising Jamaica as the reggae capital of the world again," he added.

The video recognises Jamaica's celebration of 50 years of Independence this year and sees Mr Vegas speaking of his and Jamaica's journey and culture over the years.

It features him doing a dub plate for the popular Stone Love sound system, and later going on to explain what a dub plate is.

He also comments on the past 50 years of reggae music, making mention of the legendary Bob Marley and The Wailers.

Complex Magazine has a circulation of approximately 500,000.