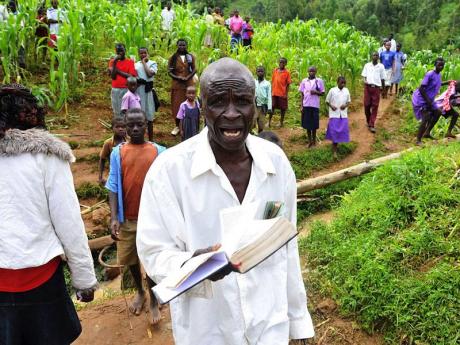 A man holding a Bible cries out for God's mercy at the site of a landslide in Bududa yesterday. 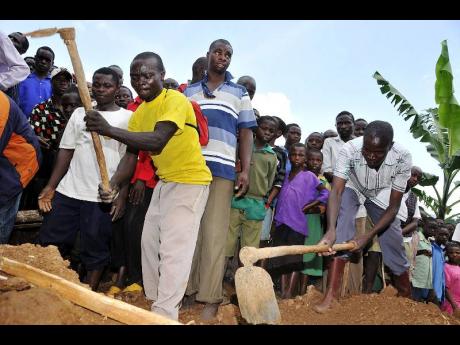 Volunteers search for bodies after the landslide in Bududa about 250kms east of Uganda capital Kampala yesterday. AP PHOTOS 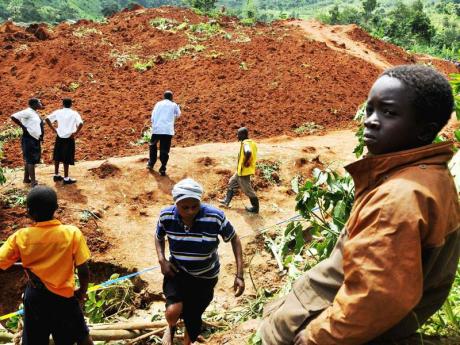 A boy at the scene of the the landslide of Bududa about 250km east of Uganda capital Kampala yesterday. Massive landslides induced by torrential rains destroyed three villages in the mountainous district of Bududa in eastern Uganda Monday, killing scores of people but possibly hundreds, officials said.
1
2
3

Rescue workers equipped only with hand-held tools gave up their search yesterday and waited for bulldozers to arrive to help find some 100 people who residents said were missing after landslides struck Uganda's mountainous east.

Residents who survived the natural disaster stared at the quickly hardening red sludge the day after massive landslides hit the eastern district of Bududa. A government official called the region a "death trap" and said the government would move out residents.

Government officials have not released a death toll, but the Uganda Red Cross said it has confirmed 18 deaths. But some villagers in a place called Bunamulembwa, one of the villages swept by massive landslides in the eastern district of Bududa, said close to 100 people, mostly children, were missing.

"It is feared the landslides and floods buried about 29 homes with about 30 people," Stephen Mallinga, Uganda's minister for relief and disaster preparedness, said in a statement yesterday.

"We cannot as of now establish the exact number of homes and people buried."

Workers and volunteers who dug at the mud with machetes and hoes said the job was frustrating.

"The mud is just too deep," said Hannington Serugga, a rescue worker with an aid group called Samaritan Emergency Volunteers' Organisation. "We have tried our level best (to retrieve bodies) and we have failed. This really is a challenge."