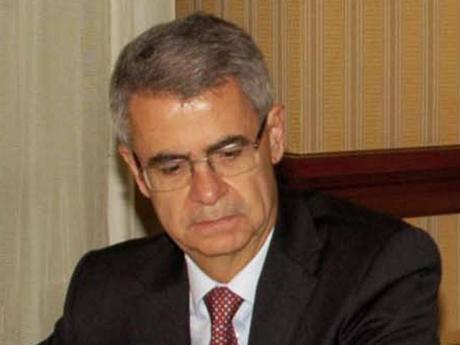 Bemoaning the enormity of the challenge to combat the drug trade, the head of the Caribbean Division of the European Union (EU) says it is gearing up to launch a massive assault on the pandemic.

John Caloghirou told Jamaican journalists yesterday that the EU is putting up €10 million to fight the drug problem in the Caribbean.

The programme, which Caloghirou said was in its drafting stage, aims to provide capacity building for the security forces in the region, enhancing the Caribbean financial action task force as well as the establishment of social programmes. Its implementation will begin in 2013.

"The Caribbean and Europe recognise that drugs is a challenge that is affecting us both. It is not just that drugs are passing through and affecting Europe. Both regions are suffering seriously with this problem," Caloghirou said.

The EU representative noted that the Caribbean, being a trans-shipment point for drugs, has been battered by the effects of the illicit trade that washes its shores.

"The Caribbean is not a drug producing area. It is a transit area and we have seen that drug-related activities have been on the upsurge in the Caribbean," Caloghirou noted.

He said the transit of drugs was leaving behind a sort of collateral damage in the region and has been having an enormous effect on world citizens.

"Our hope is that the effort will be able to be as big as the challenge. The challenge is so big that it really requires a lot to be done. It is a challenge to our future - both of us," Caloghirou said.

In the meantime, Caloghirou said the EU understands that the crime situation in Jamaica is improving.

As part of its budget support to Jamaica, the area of security sector reform has been a focus of attention.

"We still have money to be disbursed under the programme that we would like to disbursed as soon as possible," said Andrea Mogni, senior policy coordinator with responsibility for Jamaica.

Jamaica has been unable to draw down on funds from the EU because of the failure of the last International Monetary Fund (IMF) agreement.

"The last two reviews of the IMF agreement were not released and therefore we could not release," he said.

In the meantime, Caloghirou said Jamaica recently secured a 20 per cent or €22 million increase in its allocation from the EU because of its performance in meeting agreed objectives.