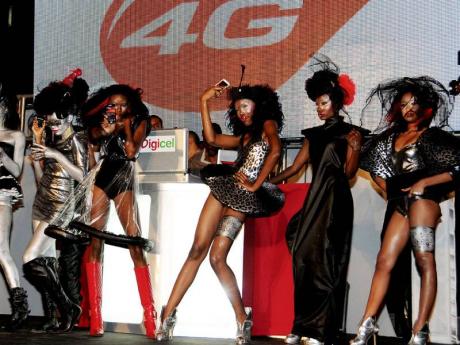 With the launch of its 4G Mobile network, Digicel has introduced a number of data plans for individual and corporate customers.

Starting from $1,500 per month for post-paid and $100 a day for prepaid customers, the company outlined the new 4G data bundle plans in a release late yesterday.

"The 2G rates that would have been in the market before, those remain. There is no change in those prices. However, let's say you have a BlackBerry and you want to start browsing 4G... that's the rate you will start paying. So at no time will you be paying for two different plans. It's either you're paying for the 2G or you're paying for the 4G plan," she said.

While 2G plans are unlimited in terms of data, the new 4G services are limited to plans between 500 MB and 7 GB of data. For example, a prepaid 30-day 3 GB plan will cost $2,750 per month plus general consumption tax (GCT). A similar 30-day prepaid package using 2G costs $1,599 plus GCT.

However, Burrell-Clarke noted that the 2G plans do not allow users to stream videos, a major drawing card of the new 4G network.

Burrell-Clarke said Digicel would be uploading a bandwidth calculator on its website for customers to determine which plan would be most useful for them.

"It allows you to go in and you input information according to your usage pattern. It tells you what your recommended plan would be so you can see exactly how you will be able to stream or browse with a 1 GB as opposed to, let's say, a 7 GB."