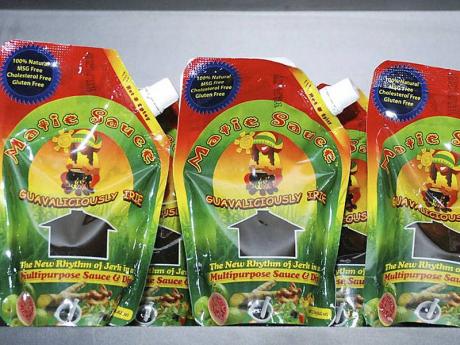 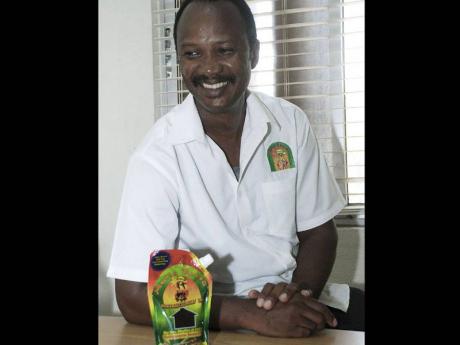 Lloyd Sterling is proud of his sauce.
1
2

"We wanted a name that is Jamaican and that is reflective of the flavour profile of the product. It is sweet at first, then spicy. I tell housewives, the only 'matey' they need in their life is the one in the kitchen," Sterling said jokingly.

The spicy Jamaican jerk sauce hit the market three years ago, and according to Sterling they wanted a product that was healthier than the other products that are on the market. "Most of the sauces taste alike and have a vinegar base. In an effort to create something unique we experimented and started using fruits. We stuck with guava," Sterling said.

Sterling and his mother, Mary Brown, already operate a takeout and catering business, The Jerk Place and Restaurant, in the Chisholm Avenue inner-city area of Kingston. The development and marketing of 'Matie Sauce', in the making since 2000, is a natural spin-off from the cooking business.

He explained that while he is wary of preservatives and prefers seasoning prepared with natural ingredients, he is aware that without the use of preservatives, his product would have a very short shelf life.

Matie Sauce Guavaliciously Irie is made from ginger, guava and other locally grown spices. The Scientific Research Council (SRC), Sterling said, helped with the formulation of appropriate preservatives for the sauce.

Production of the sauce is done at the Old Hope Road manufacturing facilities of the SRC, from where Sterling operates on a production contract. "We book our processing time at least two days per week in order to meet the demand. It is cost-effective as we do not have the constant operating cost when we are not producing," Sterling said.

Production volume is now an average 1,500, depending on demand. Monthly production costs run in the region of $200,000 for manufacturing, space rental, raw materials and packaging.

Matie Sauce Guavaliciously Irie is also promoted as a dip, as well as a meat seasoning and flavouring for stews. The 250 gram sachet retails for $400 in the supermarket.

Matie Sauce Guavaliciously Irie is exported to Germany and will be on show in Brixton and 02 in London for the 'Meet Jamaica and Jamaica 50 Celebrations' for the London 2012 Olympics.

"We can compete on the same platform as products manufactured in First World countries. If we can get it into the Japanese, Chinese and European markets where persons appreciate good flavour, that's where I want this product to go," Sterling said.

Plans are afoot to produce a guava barbecue sauce to add to the line. 'Matie Sauce Peppa Di Pot', a hot pepper cooking sauce that can be used as a table sauce, has been launched.