Overcoming the problem of corruption in Jamaica 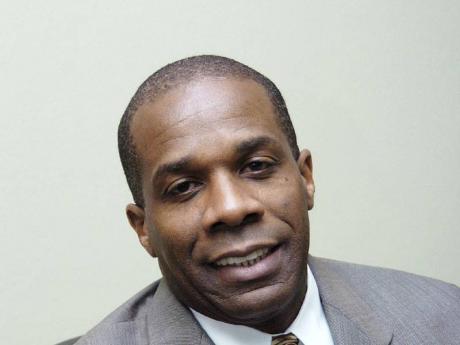 The following is an excerpt from a speech given by Contractor General Greg Christie at the 26th annual installation of the president and officers of the Rotary Club of St Andrew North on Monday.

Much has been said about this deadly scourge of corruption that has now invaded an adulterated Jamaica.

While corruption is by no means a phenomenon confined to Jamaica, it is considered by many to be the largest single impediment to our country's attainment of sustained economic growth and development.

Defined generally as the abuse of public office for private gain, corruption, which is often driven by individual greed and dishonesty, is now a major global concern, if only because there is abundant evidence that it has the capacity to undermine democracy, and the rule of law, as well as to drive fragile and developing countries, like Jamaica, towards State capture or State failure.

Given the magnitude of its potential impact and its alarming and corrosive effects, the issue of corruption, is something which should not be treated lightly by the populace or, for that matter, by the government of any country.

Corruption erodes the quality of life of the society. It denies the poor access to basic entitlements such as water, electricity, roads, health care, housing and education. Corruption leads to human rights violations, hijacks political elections and reduces investor confidence in the country. And corruption also undermines critical public institutions and enables organised crime and other threats to human security to flourish.

Unfortunately, however, the view that corruption is perceived as a major problem in Jamaica is not one that is confined to our borders. It is a view which is shared globally, for Jamaica has been long considered to be one of the most corrupt countries in the world.

Transparency International (TI), the global anti-corruption watchdog, for example, for the past five consecutive years, has never scored Jamaica higher than 3.3 on its Corruption Perception Index, where a score of 10 is perceived to be 'clean', and 1 as 'corrupt'.

If Jamaica is to pull itself out of its deep macro-economic and debt-burden quagmires, it will have to succeed in attracting substantial quantities of 'clean', foreign private direct investments to its shores.

The widely published and consulted TI rankings are based upon a variety of business opinion surveys that are carried out globally by reputable and independent international institutions.

These surveys and assessments include, for example, questions which relate to the bribery of a country's public officials, kickbacks in public procurement and embezzlement of public funds.

Consequently, and as an example, in awarding multi-billion dollar government contracts, great care should be exercised by the Jamaican state to ensure that such awards are subjected to independent scrutiny, and are executed in accordance with internationally accepted standards of good governance and best practices in procurement.

Jamaica's leaders must also come to recognise that foreign private investors are being held to a significantly higher standard of corporate governance, responsibility and accountability.

More and more, foreign investors are seeking to do business only in localities that are perceived to be 'clean'.

It goes without saying, therefore, that unless Jamaica cleans up its act fast, and visibly goes overboard to do so, it will be increasingly bypassed by the foreign direct investment community, while being frowned upon by its strategic bilateral and multilateral partners.

Deficiencies in institutional checks and balances on entrusted power; governmental decisions that are shrouded in secrecy; a system which does not hold its public officers accountable for their actions; and a country in which the rule of law is neither fully enforced nor respected; are all typical governance features that are associated with systemically corrupt countries.

The situation is, obviously, even further aggravated where there is, as is the case with Jamaica, a seeming systemic failure, on the part of law enforcement and prosecutorial authorities, to dispassionately investigate and prosecute allegations of corruption in high places.

In all of these instances, the mistake must never be made to relax the regulatory system, for corruption that is driven primarily by a deep-rooted culture of greed and dishonesty, cannot be effectively addressed until and unless a country's anti-corruption institutional framework, and its public good governance systems, are significantly strengthened.

But it is also important to recognise that the causative and influencing factors of systemic corruption are not confined to poor standards of 'public-sector governance' alone.

The influencing factors are much broader in scope, since systemic corruption is a phenomenon that is also closely associated with certain societal considerations, such as low social, moral and ethical values, as well as poor integrity and governance standards in the private-sector.

Most forms of corruption require two parties - a corrupt public official and a dishonest civilian or private-sector entity.

This is the case, for example, in all instances of public-sector bribery, kickbacks, graft, nepotism, cronyism and influence peddling.

Consequently, where a society places little or no importance on considerations such as values, attitudes, morality, principles or ethics in one's personal or business dealings, there will always be a ready and abundant market for the crooked public official who is bent on abusing his public office for his private gain, or for the illicit gain of others.

In such circumstances, the fight against systemic corruption cannot be a fight that is confined to the strengthening of a state's anti-corruption laws or its institutions. Nor can it be confined to just improving the standards of governance in the public sector alone.

As far as the Jamaica private sector is concerned, one possible way of assisting with the resolution of the problem of corruption in Jamaica is for institutions such as the Private Sector Organisation of Jamaica, the Jamaica Chamber of Commerce, and the Jamaica Manufacturers' Association, to insist upon the implementation and effective enforcement of stringent corporate governance, anti-corruption and corporate social responsibility compliance policies on the part of their members.

Citizens will also need to undergo significant self-introspection, and soul-searching, in respect of how we conduct our personal and business affairs.