Dancehall's queen to be honoured at Sumfest 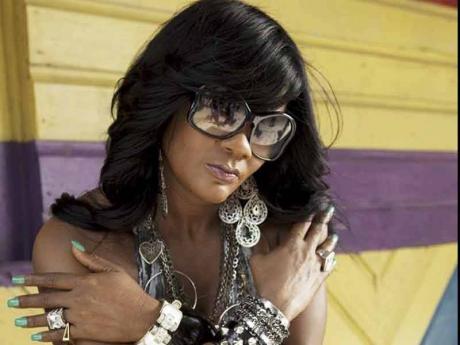 "Sumfest is pleased to showcase the hottest female acts in the Jamaican music industry right now," said Johnny Gourzong of Summerfest Productions. Among the hottest females on the line-up is Grammy award-winning artiste, Lady Saw, a true representative of the dancehall genre and, for this, she will be honoured at the 20th staging of the festival.

In prior editions of Reggae Sumfest, Jamaican music veterans Beres Hammond, Beenie Man and Bounty Killer were honoured for their contribution to the industry.

In keeping with the festival's 2012 theme, 'Looking back, moving forward', Lady Saw makes history during this already note-worthy staging in being the first female recipient of the award.

Lady Saw, scheduled to hit the stage on Dancehall Night, is expected to deliver a dynamic Reggae Sumfest performance in keeping with her dominance on the dancehall scene.

The artiste, while known for many dancehall classics, is also notorious for her raw dancehall lyrics and vivacious moves on stage.

In a recent interview with Believer Magazine, the artiste, based on her indisputable reign in the genre, says "the music is different now, but when it starts changing, I change with it."

Lady Saw will be hitting the Sumfest stage in addition to individuals that have been on the dancehall scene during a similar time span. These include Beenie Man, Shabba Ranks and Bounty Killer, as well as Pinchers, whom she admires.

She also recalls her admiration of Tenor Saw. Saw was compared to Tenor Saw in her early days, sparking the use of her moniker, Lady Saw.

"I loved Tenor Saw, and Pinchers too, who lived in the same community as me, in Kingston 13. They were my favourites ..."

Lady Saw made her official debut in the early 1990s, and has had a very unique musical journey which began with the single Half-and-Half Love Affair.

The producer that was by her side when she blew up was 'Sampalue', who produced Saw's first number-one hit, Work a Miracle.

The performer, through her presence on the dancehall scene, dares to obliterate double standards where sexually explicit lyrics are concerned. In doing so, Saw found a niche.

"I became like the female adviser. I became known as someone who spoke for women, who was always defending them".

The Chat To Mi Back singer began singing in church from the age of eight. Her exposure to the genre she would soon rule over came when she began attending the dancehall on nights that she could seize the opportunity. The deserving artiste will be honoured for her explosive addition to dancehall, having made a massive impression not only as a top act, but a very 'real' female dancehall artiste.

The week of activities kicks off with a beach party on Sunday, July 15, with musical celebration resuming on the steaming Dancehall Night, Thursday, July 19.