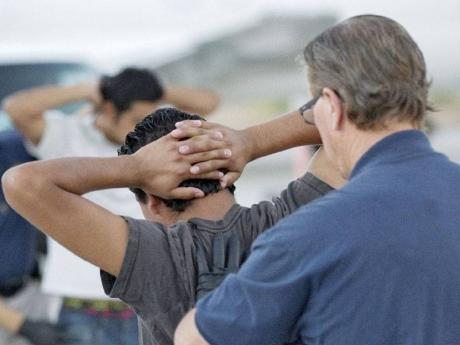 A lawyer who gave bad advice that caused illegal immigrants from Ecuador to be separated from their children and grandchildren in Iowa for at least a decade can be sued for the family's pain and suffering, a court ruled yesterday.

A jury has already ordered Des Moines attorney Michael Said to refund the family's legal fees of $12,500, but a new trial should determine whether he should be required to pay damages for emotional distress and punitive damages for his legal malpractice, the Iowa Court of Appeals ruled.

At issue is the faulty advice that Said gave a husband and wife from Ecuador, Klever Miranda and Nancy Campoverde, that has caused the couple to be separated for years from their young son, a US citizen who is now a teenager; two adult children; and several grandchildren. Their relatives live in the Des Moines area.

Klever Miranda had come to the United States (US) illegally in 1989, and was facing a court order requiring his deportation. His son, Cesar Miranda, got married and was in the process of becoming a US citizen in 2005 when the family hired Said to see whether his parents had any new options to stay.