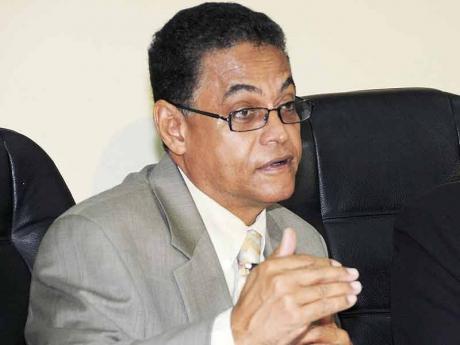 The Ministry of Local Government and Community Development yesterday disclosed that it was in the process of allocating $120 million to clean drains in a bid to stave off some of the potentially disastrous effects of the hurricane season, which started on June 1.

Noel Arscott, the minister with portfolio responsibility, made the disclosure during yesterday's Jamaica House briefing.

"We have allocated $120 million to parish councils for drain-cleaning programmes, which is in various stages of disbursement," Arscott told journalists.

He revealed that some parish councils have already forged ahead, while the Office of Disaster Preparedness and Emergency Management (ODPEM) has issued its usual information on the level of preparedness for the season.

Although forecasters appear to be unfazed by the early onslaught of tropical storms this hurricane season, Arscott said Jamaica would not be taking any chances.

"We are having a conference shortly with the Caribbean Disaster Emergency Management Agency to look at disaster preparedness issues in Jamaica," he said.

Despite a high number of early storms to hit the Atlantic basin this year, forecasters and researchers maintain that they will not be revising the outlook for the 2012 season, which is projected to be "near-normal", just yet.

When Tropical Storm Debby swirled into action over the Gulf of Mexico on June 23, it became the fourth named storm of the season, making this year the first since 1851, when the US storm catalogue began, that four tropical storms or hurricanes have appeared before July 1.

Hurricane Chris, the first hurricane of the 2012 season, spent much of its existence over the middle of the Atlantic, and might have escaped the notice of forecasters in previous years.

Declaring that he had no intention of divulging the plans being hammered out by the ministry, Arscott said: "We are taking a good look at land slippage and related issues and from time to time, people from other countries have contacted ODPEM for information and advice."

In the meantime, Information Minister Sandrea Falconer said some drains were being cleared under the Jamaica Emergency Employment Programme.