Judge to rule on legality of JPS's licence 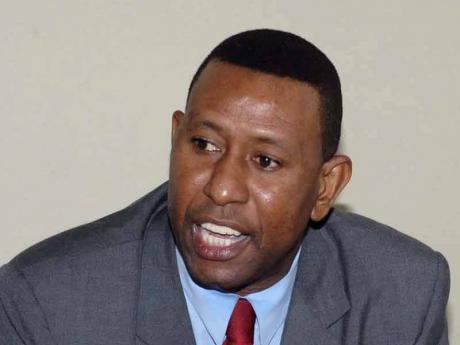 The public will know in another few months if the exclusive licence granted to the Jamaica Public Service (JPS) is illegal.

Sykes has promised to give his decision early next term.

Hugh Wildman, who is representing the claimants in the class action suit, argued on Monday that the then minister of mining and energy breached the Electric Lighting Act when he granted the licence to JPS in 2001. He said the act made provision for other entities to operate in specified sections of the island.

In responding yesterday to the submissions made by the lawyers for the defendants, Wildman was bombarded with questions from the judge as to whether Jamaica could be described as an area.

Wildman responded that Jamaica could not be described as an area because the act states there must be specified areas and licences granted to various entities to generate and transmit electricity in those areas.

The judge queried what the minister should do if there were no other competitors, but Wildman said that was irrelevant to the issue because the minister has to follow the statute which permits him to grant licences to various undertakers in different areas of Jamaica.

Queen's Counsel (QC) Michael Hylton, who is representing JPS, called for the judge to dismiss the claim because there was nothing in the context of the act that was inconsistent with the grant of a licence to one undertaker. He said the term undertakers in the act should be interpreted to include the singular form of the word.

He outlined to the court the circumstances that led to JPS being given the licence to supply electricity. He said prior to 1962, the Government granted separate licences to different undertakers to supply electricity to different parts of Jamaica. He said in effect, the Government did exactly what the claimants contend should be done now. Hylton said the result was that many areas of Jamaica did not have access to electricity.

Hylton said in the 1970s, the sole undertaker was nationalised and, in the years that followed, electricity service was notoriously irregular and uncertain. He said by the late 1990s, given the state of affairs, and the insistence of the International Monetary Fund, the Government decided to privatise the undertaker. He said after five years of trying to find a purchaser, the Government was finally able to find one which was the JPS. Hylton said the unchallenged evidence not only indicated the extensive capital investment required and provided by JPS to meet the obligations under the licence but it also indicated that, around the world, the transmission and distribution of electricity was a natural monopoly.

David Batts, QC, who represents the Office of Utilities Regulation (OUR), which is a defendant in the case, argued that the OUR did not recommend the grant of an exclusive licence as the claimants were contending.