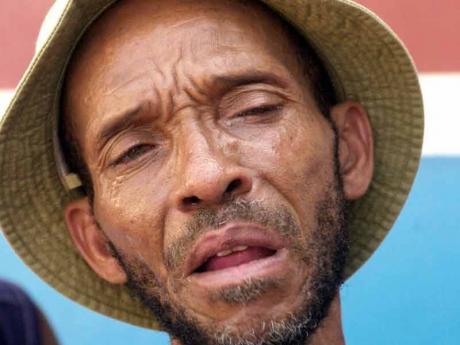 Former Matthews Lane strongman 56-year-old Donald 'Zeeks' Phipps has lost his legal battle to have his double-murder convictions and prison sentences set aside.

Phipps was convicted in the Home Circuit Court in April 2006. On May 30, 2006, Justice Horace Marsh sentenced him to life imprisonment and ordered that he must serve 30 years' imprisonment before becoming eligible for parole.

Phipps had filed several grounds of appeal, one of which was that the verdict of the jury could not be supported by the evidence. He also complained about the judge's summation on the issue of voice recognition.

The Court of Appeal dismissed his appeal in 2010 and he took his case to the Privy Council last year.

There was ample material on which the jury could reach its conclusion, the Privy Council ruled.

Phipps was convicted of the murder of Dayton Williams, also called 'Scotchbrite', and Leroy Farquharson, both or Bayshore Park in east Kingston. Their burnt bodies, with multiple gunshot wounds, were found in Rose Town near Matthews Lane, Kingston, on April 15, 2005.

A witness testified at the trial in the Home Circuit Court that on the night of April 15, 2005, he telephoned Farquharson and Phipps answered Farquharson's mobile phone.

Phipps told the witness that Farquharson had refused to carry out orders and it was the last time that the witness was going to hear Farquharson's voice. The witness said he heard Farquharson saying in a low voice, "boss, boss", and then the phone went dead.