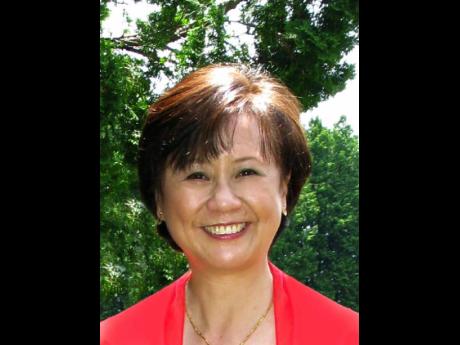 Below is a piece by Loraine Lee of Toronto, Ontario, second prize winner of the 'Come Home Jamaica' writing competition. The stories represent a collection of 'memories of home' from Jamaicans in the diaspora. The competition was part of Jamaica's 50th anniversary of Independence.

We grew up in the quiet town of Bath, St Thomas. My parents operated a grocery and rum bar at the foot of Fountain Road, leading up to Bath Mineral Fountains, and directly in front of Bath Botanical Gardens. My eldest brother was sent back to China to learn some culture, and Frankie and I (Moy) remained.

Papa had the respect of everyone. 'Manager' was very strict, but also very fair. He spoke to us children in Chinese (Hakka), and we dared not answer in English, or we would get a gat chuck (knuckle in the head), or worse, beaten with the broomstick. Mama was the only woman from China in our town.

Frankie and I attended Bath Primary School. Those were happy days, but being the only two Chinese in a school of 400 students, we had to fight for respect. No one could say 'Chin Chong my-a' to me without getting t'umped, and if I couldn't handle them, I would call on my big brother.

One recess, Enid Johnson and I were clapping to Ms Mary Mack Mack Mack, when boasie (boastful) Beverly Roberts pushed herself between us.

We kept telling her to move, but she ignored us. So I shoved her hard and she fell on the ground, ripping her new dress. Screaming, she ran home 'Mama, Moy push mi down and tear mi dress.'

Beverly was the only child of hoity-toity Monica Roberts, and they lived in a new two-storey house down by Bottom Yard, the biggest house in the district, so they carried on like they were high-class.

As the bell rang for end of recess, all the students lined up to go back to their classrooms. Suddenly, there was a flurry as Ms Monica herself arrived, looking like a patoo gone mad. Near the back of the line stood Fanny, a half-Chinese girl who had just started school that week. Without any warning, Ms Monica grabbed poor Fanny and gave her a hard box (slap) across her face. Beverly, still sobbing, said 'Mama, a nuh she dat.'

Ms Monica stormed up to our teacher and shouted, 'That chiney girl Moy pushed down my daughter and tear har new dress, which cost me five shillings. I want you to give her a caning.'

Old Ms Perkins must have been remembering her red pocketbook at my parents' shop in which Madam wrote down the amount of groceries she trussed (credited) every week. She called out in a wary voice: 'Moy ... come here.'

'A not coming, teacher.'

'A not coming, teacher.'

After what seemed like an eternity of silence, Ms Monica left in a huff.

The next day I was afraid to go to school in case Ms Perkins had told the headmaster, so I decided to skull (skip) school and inveigled sisters Sheila and Betty to follow me and Frankie down to the PG river.

Catching jangas was so much fun. Every stone we lifted up uncovered several jangas. Sheila and Betty had stopped at their home for a big pudden (pudding) pan, and in no time it was full. They asked me what I was going to use to put my share in, so I emptied my school grip, lined it with some coco leaves and Sheila just dumped the pan of jangas into it.

We all shared the lunch, four small rolls I'd bought that morning - two for quattie (one and a half pence) and a tiny tin of teapot condensed milk I took from the shop. Then we played in the river and caught some more jangas. Just thinking of the janga soup I was going to cook with dumplings made me smile. It was a blissful day and too soon, it was time to go home.

Well, as fate would have it, 'Manager' was standing on the shop piazza taking cool breeze, just as school let out. The headmaster was walking by on his way to a church meeting.

'Good afternoon, 'Manager'. Is today a Chinese holiday? Or are Frankie and Moy sick?'

'What do you mean, Teacher Jenkins?'

As we neared the shop, we saw Papa standing there with the veins in his head ready to burst. I thought about the beating to come, but it didn't matter. The mouth-watering janga soup was my comfort. Imagine my horror then, when Papa not only beat us, but took my precious jangas and made fritters with them. Fritters??? Yech!!!

But those were, indeed, innocent days. Every evening after homework, we played in the gardens, picked some 'cup 'n' saucers' or gathered jancro beads to make necklaces, or we would run up and down the hill in the backyard and play cricket with bats that Frankie fashioned from coconut boughs.

After dinner, we waited around in the shop until our parents closed the shop doors and everyone went upstairs together with the lamps that lit the shop. It was not until many years later that I learned why, as we were about to go upstairs, Mama would sometimes say, 'Wait, you nuh go yet'.

Turns out, she had the uncommon ability to see duppies (ghosts). The original owner was buried in the backyard. The Methodist Church beside us had a graveyard, and facing that was the Anglican Church with its own graveyard. But as children, we were spared the knowledge that we always had unseen guests with us.

On the afternoon of Sunday, October 17, 1930, while my father's friends from as far as Morant Bay played mahjong downstairs and Mama was cooking, Papa was sitting on the upstairs veranda. Suddenly he collapsed.

As I stood in front of the shop watching him being put into the car to go to the hospital, I knew beyond a doubt that he was already gone.

I was 12 years old, and that was the day my childhood ended.