Who will make the women's team? 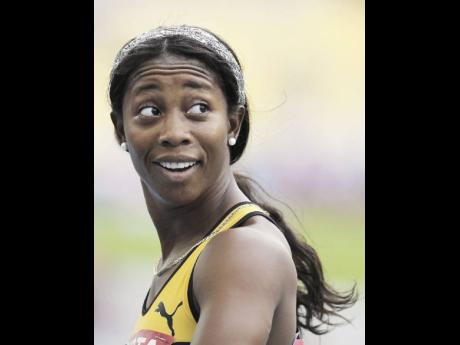 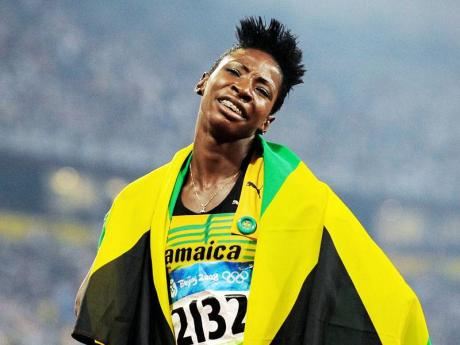 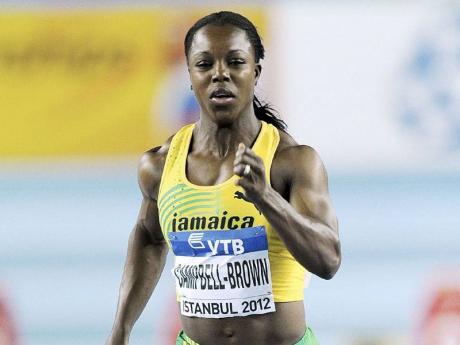 Jamaica's women were wonderful at the 2008 Olympics. The historic 1-2-2 and gold medal wins for Veronica Campbell-Brown and Melaine Walker will be a hard act to follow. Starting today, they begin the journey to equal or better that performance at the Jamaica Athletics Administrative Association/Supreme Ventures Limited National Senior Champion-ships. Who will make the team to London? One man's guess stands below.

This race was a shocker four years ago with Campbell-Brown fourth in 10.88 seconds. All three who were ahead of her then are back but only two - Shelly-Ann Fraser-Pryce and Kerron Stewart - are in good shape. These three are the only Jamaicans under 11 seconds this year and last year.

Shelly-Ann's crisp 10.92 in New York gives the Olympic champion the edge over VCB and Kerron.

In 2008, Sherone Simpson was third but has been hampered by injury. Jura Levy, who was third last year, is rehabbing a knee wobble.

The ladies mentioned above are among 12 Jamaicans under the Olympic 'A' standard of 11.29.

The 12th lady to make the standard is 2006 Commonwealth champion Sheri-Ann Brooks at 11.05. She's in the hunt for a place in the top four.

Go with world and Olympic cham-pion VCB, who has two wins in two starts. Kerron and Sherone were in the Daegu final but haven't sparkled this season.

That might give World Student Games winner Anniesha McLaughlin a chance. Recently, she set a 100-metre personal best of 11.24.

Only eight Jamaicans have the 'A' standard and only VCB, Shelly-Ann and Kerron have done it in 2012. Unless Simpson is back, that could be the team.

Novlene Williams-Mills is in such good nick that Rosemarie Whyte will find it difficult to repeat her 2008 Trials win.

Even though her early form is modest, it's hard to bet against Shericka Williams. She always puts in strong efforts on the days that count.

Silver medallist Shericka and Olympic finalist Rosemarie had better be ready for former Vere star Patricia Hall, who has a new personal best of 50.71.

Recent knee troubles for Kenia Sinclair are cause for concern. She is the only 'A' in the 800 and if she is fit, she might drag the youngsters Natoya Goule and schoolgirl Simoya Campbell to qualifying times. Even though she is healing, she hasn't raced for weeks.

Only three of our ladies have met the 'A' standard of 12.96 but that trio is led by the impeccable Brigitte Foster-Hylton. Olympic semi-finalist Vonette Dixon and Daegu semi-finalist Indira Spence seem to be a little ahead of Shermaine Williams.

Expect Latoya Greaves, who trains with BFH, and all-star Delloreen Ennis to challenge. Dello is on the mend from injury.

Up-and-down results don't affect the favoured status of Olympic champion Melaine Walker. She has two wins from three starts and is under 55 seconds. Kaliese Spencer is under that mark too and those two, in some order, should go 1-2.

Third is hard to decipher. Ristananna Tracey is the only other lady under the A standard of 55.50, but Nickeshia Wilson is close at 55.57 from last year.

Two-time Olympic finalist Trecia Smith and young Kimberly Williams both have the A. Kim made the World Indoor final in March and has a recent personal best of 14.52 metres. Trecia, the 2005 World champion, has already jumped 14.05 this year.

Prepare for a pair of fierce battles. Jovanne Jarrett has the A exactly at 6.75 metres, with a group of others, including Francine Simpson and improving Yanique Levy, chasing it. World Youth champion Chanice Porter has a wind-aided 6.78m and could factor.

Last year, Sheree Francis and Edwin Allen schoolgirl Kimberly Williamson jumped so resolutely that a sudden-death jump-off was needed to separate them. The schoolgirl won on that day with neither flying high enough to go to Daegu.

Williamson isn't the only good junior as Porter could also be dreaming of seeing Big Ben in person.

No Jamaican woman has competed in the Olympic discus since 1984. Barring injury, the void will be filled by Allison Randall, who is the only one with the B standard. Thanks to her, Jamaica's national record - 61.21 metres - has reached respectable levels.

By the way, the men's 400 entry could be strengthened by two A standard new names. One is Errol Nolan who won the bronze for the USA at the 2010 World Junior Championships. The other is 2012 NCAA finalist Ahkeem Gauntlett.