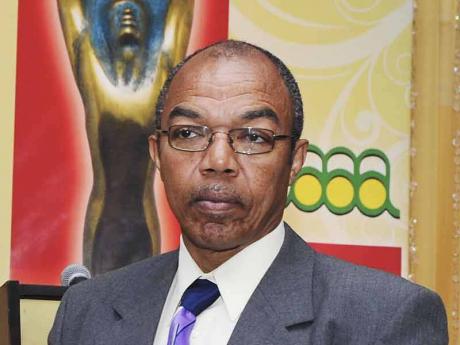 The Press Association of Jamaica (PAJ) and Media Association Jamaica Ltd (MAJ) have taken major steps to resolve the dispute between sports journalists and the Jamaica Athletics Administrative Association (JAAA) over several issues surrounding coverage of the JAAA/Supreme Ventures Limited National Senior Championships, which starts today at the National Stadium.

In a move that was met by widescale rejection in the media fraternity, the JAAA announced that it will be charging a $1,000 accreditation fee to media professionals who will be covering the meet, while deciding to offer credentials to one representative per media house, and demanded that all photographs taken at the four-day meet be handed over to them.

Following a two-hour meeting yesterday at the PAJ headquarters, a joint release was issued by all parties stating that steps were being taken to arrive at an amicable solution.

"... The JAAA has agreed to review the request for accreditation processing fee and will continue dialogue with the media to arrive at a mutually beneficial agreement on all the matters," read the release, which also spoke to issues pertaining to inadequate media facilities at the venue.

"The JAAA will also actively seek to put in place an additional area at the National Stadium to accommodate members of the media to better allow them to serve the public, in wake of complaints about inadequate media facilities at the venue," said the release.

On the matter of accreditation allocations for respective media houses, all parties have arrived at a consensus with a general agreement of two accredited journalists per outlet.

"While there are some concerns which surround the issue of the number of journalists who will be accredited from each media house, it was generally accepted that two reporters and a photographer will be allowed for each print media," the release noted.

"For electronic entities, one reporter per media house will be accommodated, as consideration has to be made for entitlements associated with purchased rights to live broadcast of the event."

There is, however, much left to be discussed on the issue of photographs being handed over to the meet organisers, with subsequent meetings expected to take place.

"On the matter of the request for photographers to hand over their work, it was made clear during the meeting that copyright and other legal considerations would prohibit such a move, hence the meeting agreed that further discussion would need to take place with the media entities so that this matter can be resolved."

The release further stated that the PAJ has also agreed to have consultations with journalists covering the meet to ensure that they adhere to the protocol put in place by the JAAA.

"The JAAA and the media representatives agreed that future consultations will be held on a regular basis in order to best address issues."

The JAAA initial requests also drew the ire of the international media community, with Gianna Merio, president of the International Sports Press Association, condemning their actions in a letter to JAAA boss Dr Warren Blake on Tuesday.