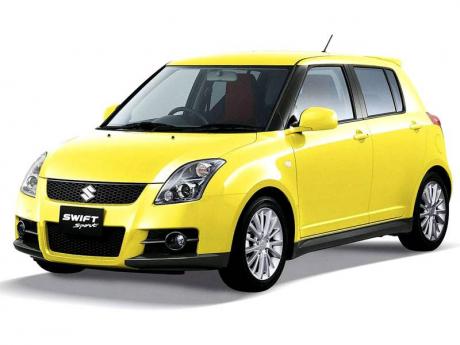 The family conglomerate, Stewart's Automotive Group, will by August move its Suzuki dealership from Orchard Road to renovated facilities at its South Camp Road complex in Kingston, which is already home to other brands, including Mitsubishi and Mercedes-Benz.

The refurbished centre will house the brand in revamped showroom facilities on which Stewart's Auto invested J$120 million.

The company expects that the centralisation of services will add momentum to sales which, it says, has been on the upswing after a relatively flat 2010.

Duncan Stewart, general manager for BMW dealer Stewart Motors and director of Stewart's Auto Sales, said Wednesday that vehicle sales across the group have grown 52 per cent year-on-year for the first five months of 2012, with Suzuki as the best performing brand in the portfolio at 46 per cent of unit volume.

The upgrades to the South Camp Road property includes renovation of all showrooms; upgrading of customer service reception areas and larger facilities for parts storage and parts delivery.

"We have created a one-stop shop for vehicle purchasers and we have centralised our parts manage-ment and increased the capacity of our workshops," said Stewart.

"All of this will increase our customer's service experience and result in increased sales for the brands we represent."

The company, which also sells Honda motorbikes, has expanded the motorcycle sales showroom and the service workshop by adding an additional alignment stand and nine more lifts.

The renovation has also seen the repaving of customer parking lots.

Stewart declined comment on how ownership of the auto group is distributed.

"As a privately held company we do not discuss our ownership structure. However, it is safe to say that the company and its subsidiaries are wholly owned and controlled by Richard Stewart and his family," he said.

Stewart said the group's sales and service operations are underwritten by a factory-training programme which has been in place for over a decade.

"We operate two training centres staffed with full-time trainers, one at South Camp Road for our Japanese brands and one at Orchard Road for our German brands," he said.

"The training centre at Orchard was launched in 2011 and acts as the regional training centre for the Caribbean for BMW and Mini. In 2011, we began a certification programme which certifies the staff of the participating Caribbean markets, including Jamaica, to BMW's worldwide technical standards."

Stewart's Auto Supplies and Repairs was founded 74 years ago in 1938 by Lionel Arthur Stewart, father of current chairman Richard Stewart, before evolving into Stewart's Auto Sales between 1952 and 1957. All the directors are members of the Stewart family.

For 2012, Duncan Stewart indicates: "We have several investments in the pipeline which we will disclose at the appropriate time."