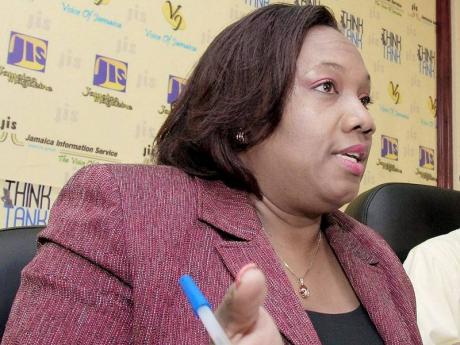 National Insurance Fund (NIF) is looking forward to a hefty payday from its investment in the Capital and Credit Financial Group (CCFG) to which it remained a loyal shareholder even when the company's banking unit was being battered by an underperforming loan portfolio.

The state pension fund, which owns 21.196 per cent of CCFG, said it accepted the offer from Jamaica Money Market Brokers (JMMB) for all its holdings.

JMMB is expected to settle its J$4.55 offer in cash and shares today, Friday. The cash component comprises 70 per cent of the offer.

"As such, the NIF will receive J$3.19 per share in cash equivalent to J$660 million based on our holdings and additionally, approximately 38 million new share units in JMMB," said NIF.

"The average cost per CCFG share on our books comes in at approximately J$1.18, so at a $4.55 sale the simple gross increase would be a little over 285 per cent," Deer-Williams said.

There is a caveat, she notes.

"Bearing in mind that we will receive a portion in shares, the returns will be dependent on how well JMMB's share price performs on the exchange over time," she told the Financial Gleaner.

JMMB will swap its share at a price of J$7.54 per unit, but the market price is above J$9.

JMMB said this week that its takeover offer gained 93.14 per cent acceptance, but that it plans to invoke a mandatory rule to acquire the other seven per cent, having hit the required 90 per cent threshold to trigger the rule.

The two operations will merge and CCFG will be delisted.

NIF is yet to decide how to invest the cash windfall, Deer-Williams said.

The fund's holdings currently top J$70 billion and is projected to rise to J$78 billion by March 2013. The NIF is the source from which NIS pensions are financed.