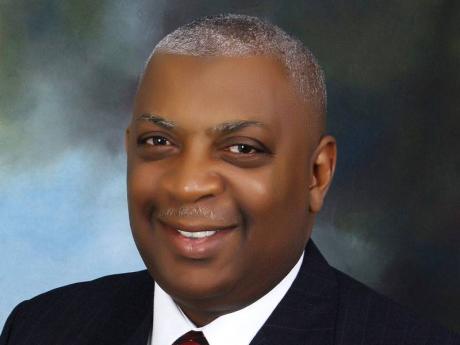 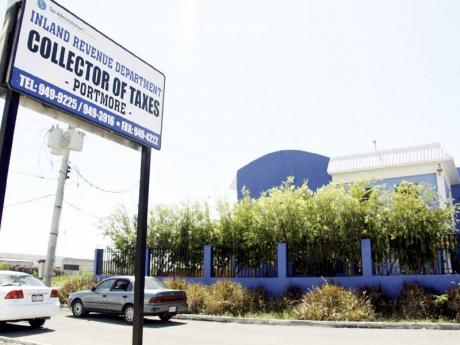 
In the 1990s, Procter and Gamble (P&G) developed a colourless, odourless liquid to eradicate bad smell. This product was called Febreze.

P&G did its research and thought they had a winning product. It was marketed to spray on things with odours such as smelly couches, smoky jackets and houses with pets. However, sales were slow.

The researchers went back into the field to determine what went wrong and discovered that most people who lived in so called 'smelly conditions' were desensitised to the smell and were no longer bothered by it. So how does this anecdote link to tax reform in Jamaica?

According to the Private Sector Working Group on Tax Reform (PSWG), there are nearly 61,000 registered companies in Jamaica. Approximately 17,100 are registered for tax purposes and just over 6,000 filed corporate income tax returns for the year 2010. Of the corporate tax returns filed, a sizeable percentage - number not given - were nil returns, that is, no taxes were paid.

Some of these nil returns are genuine. However, many companies unethically manipulate the system to avoid and evade taxes.

The PSWG conservatively estimates that if a minimum income tax was levied on one third of the registered companies, it would yield J$2 billion per annum.

If we assume that the PSWG is too optimistic and cut their projections in half, we are still looking at J$1 billion per annum.

The PSWG also reports that collection rates on property taxes remain a significant problem with only 41 per cent of all properties paid up in full for the year 2009-2010. This is a clear illustration that compliance is a huge problem.

It can be argued that the high number of filings required per year contributes to the compliance problem.

The World Bank-International Finance Corporation report, Doing Business 2012, seems to support this claim. It ranks Jamaica 172 out of 183 countries when it comes to paying taxes, a marginal improvement over the previous year.

Companies in Jamaica make an average of 72 filings - NHT, HEART, education tax, NIS - per year, consuming 414 hours or 51 days. The international average is 30 filings per year with some countries having a single filing per year and it is electronic.

Generally, the requirement of numerous tax filings are burdensome on taxpayers and, ultimately, lead to corruption, as persons will be more willing to pay under the counter to complete a process or avoid it completely.

The numerous tax filing needs to be addressed and the Government is seemingly adopting measures to reduce the number of filings per year.

The onerous and numerous filings, however, is only half the story; the other aspect is corruption. The CPI, or Global Corruption Perception Index for 2011, indicates that Jamaica remains at 3.3 out of a possible 10. A score of 10 is least corrupt and a score of one is most corrupt.

Critics of the index argue that measuring the perception of corruption is not the same as actual corruption. Applying this argument to the Jamaican environment raises the possibility that the reality could possibly be worse.

Despite the criticism, this is an important index which is closely watched by investors and economists. It covers issues such as access to information, bribery of public officials, kickbacks in public procurement and the enforcement of anti-corruption laws.

There have been incidents reported in the popular media, which suggest that there is political interference when tax compliance officers follow the rules and decide to seize assets to recover the value of taxes from delinquent taxpayers.

In one case, the head of the task force was allegedly sent to 'Siberia' and is apparently still there, after attempting to seize assets from a delinquent taxpayer who is related to a politician. As least this is the perception that the general public has.

The fact is Jamaica is a corrupt society where tax evasion is considered the norm. The compliance data from the PSWG and the CPI data support this argument. Contractor General Greg Christie, in response to the 2011 CPI rankings for Jamaica, said: "It should now be abundantly clear to all Jamaicans that unless they demand monumental changes in the country's existing moral, ethical and legal anti-corruption codes, and in its approach to the conjoint issues of transparency, accountability and good governance in the administration of the affairs of the Jamaican state, 10 years from now we will still be at the same place, talking about the same things."

Christie's comment takes me back to the anecdote at the beginning of this article. Persons who live in so-called smelly conditions are desensitised to the smell and were no longer bothered by it.

Jamaican individuals and companies operate in such a corrupt environment that we have become desensitised by corruption and consider it the norm. The data strongly supports this hypothesis. What we require is a new normal.

This requires change, it requires sacrifice and difficult economic and political trade-offs. It requires that the political leadership, the business community and the society in general make this change happen; it requires leadership.

We displayed very little leadership in breaking the back of 'donmanship' as outside pressure was needed to make that change happen.

Greece also has a very low tax compliance and high corruption culture. The European Union has had to intervene in Greece to stabilise the bankrupt economy. The New York Times reports that since 2009, a quarter of all Greek companies have gone out of business and a half of all small businesses are unable to meet their payroll. The suicide rate has increased by 40 per cent in the first half of 2011 and a barter economy has sprung up in the country.

Greece has started a public-shaming campaign by publishing the names of tax cheats. The US state of California uses a similar strategy. In India, officials send drummers to the houses of tax cheats to chant slogans and rouse the neighbours and in New Zealand, if your taxes are not paid, you are not allowed to travel overseas.

The public-awareness marketing campaign by the National Integrity Action Limited to encourage individuals and companies to "pay your taxes" is but a first step as more draconian enforcement methods will be required for companies to 'pay your taxes'. The maxim is you get what you enforce.

Since Independence, the Jamaican economy has not shown any period of sustained economic growth, and since 2007, there has been even more decline. There is consensus on the need for tax reform to boost the economy, but there will never be a consensus as to how it should be done because it requires sacrifice, and using Peter Tosh's words: "Everybody want to go to heaven but nobody want to die".

This is where leadership, strong leadership plays a pivotal role. The Government cannot drop the ball on the work done by the PSWG. The Government's planning horizon cannot be for only five years. Lead with honesty and integrity and the people will follow.

I also want to support the position by Mark Kerr-Jarrett and call on the Government to reduce the cost and waste of Government through the implementation of the Orane Report.

The process of tax reform must start with the recommendations made by the PSWG. If we allow this to die or only concentrate on short-term issues, we will regress further and 10 years from now, we will still be suffering from inertia and Febreze will not help.

Dr Paul Golding is associate professor and dean of the College of Business and Management, University of Technology Jamaica. Email: pgolding@utech.edu.jm.