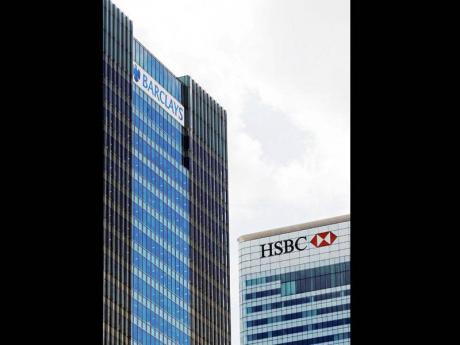 Four more global banks are being investigated for the alleged financial market manipulation that led to fines of US$453 million against Barclays Bank, British Treasury chief George Osborne said Thursday, causing stocks in those groups to plummet.

Osborne said Citigroup in the United States, Switzerland's UBS, and Britain's HSBC and Royal Bank of Scotland were also being probed for allegedly providing false figures on key interest rates upon which mortgages and consumer loans are priced.

On Wednesday, US and British regulators imposed the fines on Barclays for manipulating the interest rate - the London interbank offered rate (Libor) - to its advantage between 2005 and 2009.

By midday in London, Barclays shares had fallen 16 percent, RBS nearly 13 per cent, HSBC four per cent and Lloyds Banking Group seven per cent. In premarket trading in New York, Citigroup shares were down 1.9 per cent.

"Banks were clearly acting in concert," said Andrew Tyrie, a British lawmaker, who is also chairman of the influential Treasury Committee in the House of Commons. "I fear it's not going to be the end of the story, that we are going to find that other banks have been involved."

Tyrie said his committee would summon Barclays chief executive Bob Diamond to explain what happened at the bank.

Though Diamond has decided to waive his 2012 bonus in the wake of the fines, he's facing calls to step down.

Prime Minister David Cameron, when asked whether Diamond should resign, said he thinks "the whole management team have got some serious questions to answer. Let them answer those questions first."

The massive fines are unlikely to be the end of the pain for Barclays. The cost of lawsuits related to the Libor scandal will likely be bigger, said Sandy Chen, banking analyst at Cenkos Securities.

"Since Royal Bank of Scotland, HSBC and Lloyds Banking Group have also been named in lawsuits, we expect they will also face significant fines and damages. We are pencilling in multi-year provisions that could run into the billions," Chen said.

The Liboris an average rate set by banks each morning that measures how much they're going to charge each other for loans. That rate, in turn, affects rates on many loans for consumers and businesses.

The US Justice Department said Barclays would not face criminal prosecution, subject to certain conditions, but individual employees or officers could be prosecuted.

Diamond waived any bonus for this year, as did finance director Chris Lucas, chief operating officer Jerry del Missier and Rich Ricci, the chief executive of corporate and investment banking. Diamond said the decision reflected "our collective responsibility as leaders".

Martin Taylor, who was CEO of Barclays between 1995 and 1998, said the bank's board will have to make a decision whether Diamond can carry on in his post.

Though Taylor does not believe Diamond ordered anyone to fiddle the rates, and thinks Diamond should stay if he can "help clean out the stables," he told BBC radio that only the board can make that judgement.

The traders involved in the manipulations worked in Barclays Capital, the investment bank which Diamond headed between 2005 and 2009.

Former Barclays chief Taylor said he was confident that Diamond hadn't sanctioned the misbehaviour in the unit, but added that the company's culture might have been a factor behind the misdemeanours.

"Bob runs an extraordinarily competitive and aggressive ship, and that is one reason why Barclays Capital has been very successful in the first decade of the century," Taylor said.

"And I think that when people are pushed to go to the limit, you know what traders are like, they sometimes go beyond it. They don't need to have an instruction from headquarters to go beyond it, they think it is what the bank might expect, perhaps."

"Somebody at senior level somewhere will certainly have known. I can't believe that Barclays haven't identified who that is," Taylor added.