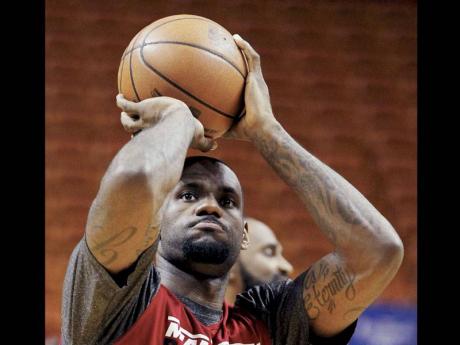 Lebron James, MVP for both NBA league and finals. Statistics are the most objective and efficient yardstick for measuring the worth of a player, says Orville Higgins. - AP 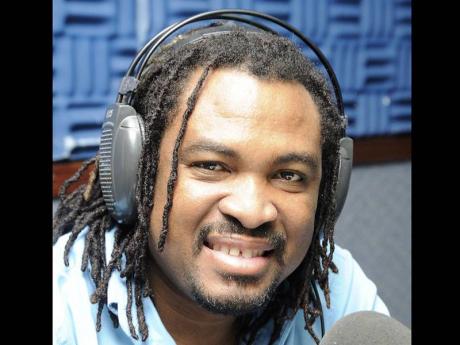 "There are three kinds of lies. Lies, damned lies and statistics." Nobody is absolutely certain who first came up with that classic, oft-repeated masterpiece, although writer Mark Twain and former British Prime Minister Benjamin Disraeli are most often credited with its invention.

Whoever it was that first coined the adage, people have long used the persuasive power of numbers to convince others of the cogency of their arguments, oftentimes using statistics in an ad hoc, arbitrary way.

In sports, it is no different, and I believe that there are very few sports (football is one exception) that can be discussed intelligently without serious reference to numbers.

Statistics, of course, can never tell the full story; mere numbers never do. I have been accused of saying that stats is the 'only' way to gauge a person's sporting ability. I have never said that, and those who listen to my radio show with an objective mind can testify to that.

But in most sports, there is no more objective way to determine a person's ability than reference to statistics, especially if you assess the numbers over an extended career.

My own mantra has been where the figures are wide apart, there ought to be no argument, and statistics alone should settle those issues.

Usain Bolt is a better sprinter than Michael Frater, plain and simple. The gap between Usain's fastest time over the 100 metres, 9.58, and Frater's 9.88, is just too wide for there to be any logical argument to the contrary. And I am not even mentioning the litany of fast times Bolt has clocked that Frater has only dreamed of. In track and field, this seems to be fairly straightforward.

In cricket, the difference in quality is not that easily determined by pure numbers, and because of this, those who are passionate about this sport often get their minds clouded by the aesthetics, and the emotions that a performer can evoke for spectators. There is room for all that, and sport would lose its meaning if one didn't derive pleasure from watching those playing.

But surely, a batsman averaging 50 in Test cricket is better than a batsman averaging 40. Argument done! If the numbers are closer (say, 50 to 47, there is room for discussion and then other variables will have to be taken into consideration to come down one side or the other.

Those other variables may well be:

1. How many of those runs were scored in winning causes?

2. How many were scored on docile pitches, as opposed to challenging ones?

3. How does he perform at home versus abroad?

These things would now have to be taken into consideration if the overall average is close, but THESE THINGS ARE THEMSELVES STATISTICS.

In basketball, if my career average is 28 points, 10 rebounds and six assists per game, I am a better player than one who averages five or three. No amount of verbal gymnastics can justify any other conclusion. When you get right down to it, all sports is about putting up better numbers than your opponents, and so an individual who has significantly better numbers than another must generally be considered the better performer.

I have found out that those who scoff at statistics are often those who don't know them, or are just casual followers of sports. Therefore, they must not to be taken seriously.

Statistics may not be the only way to determine sporting prowess, but it is clearly the most objective way. To twist the old Winston Churchill phrase, statistics may well be the worst way to assess the true qualities of a sportsman, "EXCEPT FOR ALL THE OTHER METHODS THAT HAVE BEEN TRIED"! Mostly everything else relies on emotion, one's own biases, and from which perspective one comes.

My question to those who continue to lambaste statistics in sports discussions is this: if we are not going to make stats the primary yardstick for measuring sportsmen, what really should we use? The naysayers will definitely struggle to come up with a reasonable answer to that.

KLAS broadcaster Orville Higgins is the 2011 winner of the Hugh Crosskill/Raymond Sharpe Award for Sports Reporting. Email feedback to columns@gleanerjm.com.