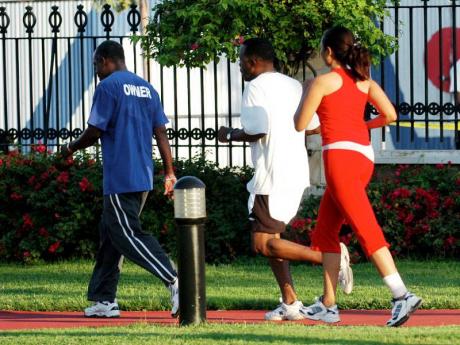 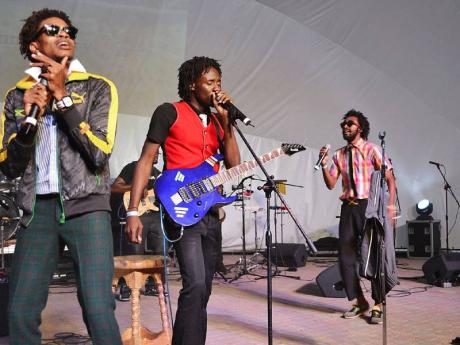 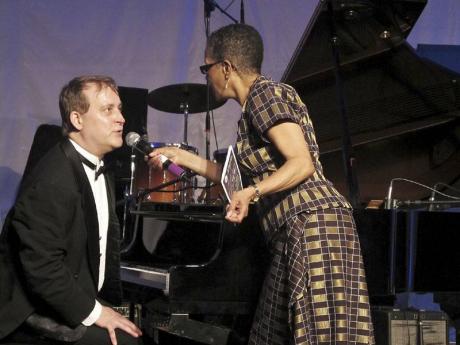 Fae Ellington tries to get Ruddy Barnes to speak Patois during Blues on the Green at Emancipation Park in February. 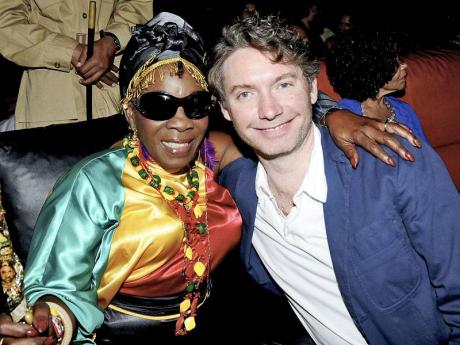 Rita Marley and director Kevin Macdonald hug at the premiere of 'Marley - A Definitive Story' at Emancipation Park, New Kingston, in April. 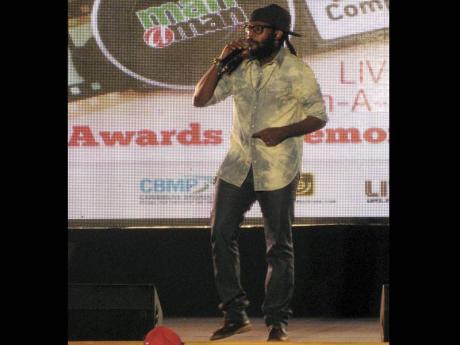 When Emancipation Park, New Kingston, was opened 10 years ago, chances are not many persons would have predicted that it would become the entertainment hub that it has.

Among the more noted entertainment-focused events which have taken place in the park this year are February's Reggae Month concert series, which featured an extensive and wide-ranging list of artistes, and the April premiere of the 'Marley' documentary.

It is not surprising, then, that as the park's management prepares for the 10th anniversary celebrations, music is central to the four-day programme. On Sunday, July 29, a non-denominational thanksgiving service from 6 p.m. to 8 p.m. will include performances by the Salvation Army Band, Joan Richards, the NHT Chorale, Jamaica Constabulary Force Band, Vaz Preparatory School Dancers, Vessels of Worship Dancers, Kencot Choir, Nadje Leslie and Carey Sayles.

The celebration ends on Emancipation Day with a Freedom Festival from 10 a.m. to 6 p.m. The day's cultural presentations will be by the Ardenne Preparatory School Drummers, Tivoli Dancers, Akwaaba Drummers and Light Blue Mento Band.

All the events are in the park.

Lisa Grant has managed Emancipation Park for nine and a half years and seen it grow as an entertainment venue, where all events must be free. "In the design that was a part of the concept, that it could be a cultural hub and a place where people could go and see and be exposed to the up-and-coming artistes," Grant said.

Running through a list of some of those who have performed at Emancipation Park, she pointed out that it would cost "an arm and a leg" to see them at other places. And she counts Tarrus Riley among those who first performed as 'up-and-coming' at the park and have now moved to a higher level.

Plus, there has been the international scope, as persons from Japan, Colombia and North America (the Blues on the Green concert was held there this year), among other regions and countries, have performed there.

There have been large audiences, Grant saying "the country has grown to love coming here". So far this year, the 'Marley' screening, which pulled in about 8,000 persons, has been the best-attended event, but the overall top spot goes to a Miss Lou celebration, attended by about 20,000 persons. Then there was the Digicel Rising Stars final with Chris Martin and Noddy Virtue where, for the evening event, Grant said "We started seeing buses arrive at about 1 p.m."

Grant notes, however, that while Emancipation Park has a high entertainment profile, it is being used more and more for exercise - so much so that although the official opening time is 5 a.m. it is actually opened earlier to accommodate the joggers. An aerobics instructor holds classes from about 7:30 p.m. to 9 p.m., and recently two table tennis boards and a hopscotch set-up have been put in.

"Exercise is something we definitely encourage," Smith said.