Sprint to the finish 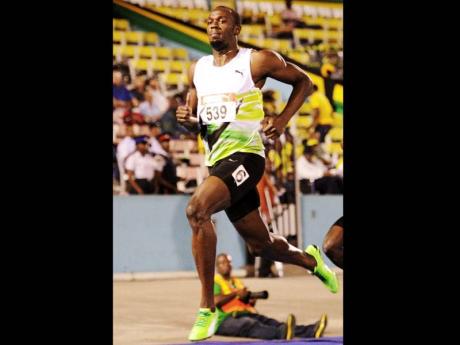 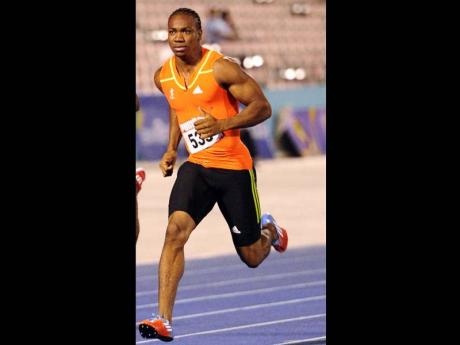 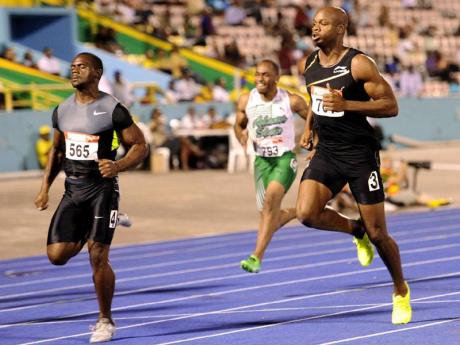 A stroll in the park for Usain Bolt, an easy win for his training partner, Yohan Blake, and a rousing reception met Asafa Powell before he cantered to the line with Nesta Carter.

"It's good to know that the supporters are still there for me and I don't want to disappoint them. I want to give them what they expect. It was a good run, I just wanted to get the first four strides or so out of the way and get a good start," said Powell, clearly pleased with the show of public support ahead of last night's 100m quarter-finals at the Jamaica Athletics Administrative Association/Supreme Ventures Limited National Senior Championships.

"We don't get to run very often here, so when I get to run in front of my home supporters I feel really good," said Carter, also feeling the love from the fans.

It wasn't quite speed city, but the island's speedsters showed enough in last night's 100m dress rehearsal to suggest real fireworks are guaranteed when the curtains are drawn later tonight.

Last night's first sighting of Jamaica's sprinting stars lacked the explosiveness often seen when they compete on track, but try telling that to the few thousand patrons who ignored the live television broadcast and made their way to the National Stadium.

The numbers were not great, but they certainly made their voices heard as they showed their support for the quartet; World champion Yohan Blake easing out of the blocks before cruising to a 10.00 seconds win in his quarter-final - the fastest time among qualifiers.

It was only the second time that Blake was running over 10 seconds since his win in Daegu, South Korea, last August; but with two races and a bunch of really fast athletes standing between himself and a ticket to his first Olympic Games, it was more than enough for the 22-year-old.

Bolt, 10.06 - a similarly unusual time for the triple Olympic champion and world record holder, made light work of the likes of Jacques Harvey, 10.15 and Mario Forsythe, 10.18. It was, however, not without drama as a second pull on the trigger by the starter meant that someone had false-started, and that someone's Olympic dream would consequently suffer an untimely end.

Nervous chatter from the stands, as memories flashed to Daegu, where Bolt had done the unthinkable: 'picking' the start and getting ejected. Not this time and his calm persona, quite different from his agonising reactions in South Korea, confirmed that he was not the guilty party with Ainsley Waugh being the culprit on this occasion.

The loudest cheer was reserved for former world record holder Powell and he did not disappoint, stopping the clock at 10.19, the same time as his training partner Carter. Michael Frater and Lerone Clarke also booked lanes in today's semi-finals, which are scheduled to get off at 7:25 p.m., two hours before the final faces the starter.

Carter, the world indoor silver medallist, was not entirely pleased with his race, but knows that he will have another opportunity to get it where he wants it to be.

"I have been working on a few stuff in training and I just came and tried to execute and make it to the next round. I didn't react the way I wanted and the first 40m wasn't perfect but I am happy that I am through to the next round," Carter added.

The sprint capital is open for business and tonight's final is expected to offer the treat that the entire world is looking forward to seeing.