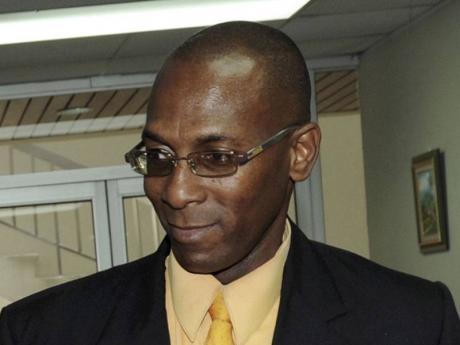 Chairman of the Special Constabulary Force Association (SCFA), Special Inspector Andrew Johnson, has criticised what he has termed the unethical practice of the Anti-Corruption Branch (ACB) of the Jamaica Constabulary Force in the way it seeks to weed out corrupt special constables.

Addressing the 28th annual Joint Central Conference of the Special Constabulary Force Association at Sunset Jamaica Grande Hotel in Ocho Rios, St Ann, yesterday, Johnson said his organisation was seeking to avoid the repetition of certain actions taken by the ACB, some of which he outlined.

"There is the kidnapping of a member in Old Harbour, who was fully dressed in uniform doing beat duties in the town when four men pounced upon him and forced him into a motor vehicle and drove away with him," Johnson charged.

"Local residents called the police and told them that the policeman had been kidnapped. Several hours later, after several calls were made, it was revealed that the Anti-Corruption Branch had carried out a sting operation, based on a report alleging that the member was involved in corrupt practices."

He added: "The member went to court, the matter was ventilated, the judge said you are not guilty of anything here and, as a matter of fact, even before it went to court it was very evident that there was some mischief being made by the complainant and that maybe action was taken a little quickly.

"The point I'm making though ... and I'm not stuck on that aspect of it but, it is the fact that it doesn't seem that there is proper investigations done into allegations before actions are taken," Johnson said to applause from the audience.

After the special corporal was reinstated, he was returned to Old Harbour but had to be moved.

All eyes on corporal

Johnson said the member could not work "because all the eyes were on him, all the fingers were pointing, all the tongues were wagging".

"It's a sad situation, Commissioner (of Police Owen Ellington) and it ought not to have happened," said Johnson, adding that he hoped it would never happen again.

The police commissioner, who was present at the meeting, briefly commented on the concerns raised by Johnson when he spoke later, saying he would be willing to work with the parties involved to resolve the issues.