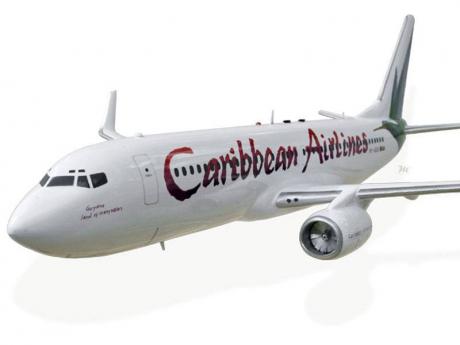 A decision by Caribbean Airlines to scrap the Jamaica to Philadelphia route as of July 1 has triggered growing unease among Jamaican pilots employed to the Trinidad-based carrier.

"It's a commercial decision. We weren't getting a lot of passengers out of that route and so we decided to cut the routes completely," a spokesperson at Caribbean Airlines told The Gleaner.

The spokesperson suggested Jamaicans would, as of Sunday, have to opt for other airlines or "travel through the JFK International Airport".

The Gleaner has also received confirmation that the staff has been advised of the changes.

However, some pilots are refuting the airline's claim that it was unprofitable. They charge that Caribbean Airlines has squandered what was one of the more profitable routes of Air Jamaica since it started flights to Philadelphia more than 30 years ago.

They lamented that it was ironic that Caribbean Airlines, which has taken over Air Jamaica, had ceased operations to Philadelphia three days before the July 4 Independence celebration, one of the two most travelled periods of the year - the other being Thanksgiving.

The pilots are also of the view that Caribbean Airlines failed to cash in on the popular Penn Relays by its decision to reduce the number of flights from daily to three times weekly.

"Penn Relays is an annual event that Jamaicans flock historically. It so happens that because of the three-times-a-week schedule, it was only on one day that it was able to facilitate persons attending the Penn Relays this year," one pilot argued.

He said athletics enthusiasts were forced to travel to New York and drive down to Philadelphia to get to the relays.

"Nobody stopped to think about the effects of their decision," another pilot said. "That is the type of negative marketing we are talking about."

At the same time, the pilots say they are pondering their next move as they will have to be competing with "expatriates" from Europe who are being sent to help operate the Jamaican side of the airline business that Air Jamaica operated.

"Air Jamaica has been operating in Philadelphia for more than 30 years. At the time there was no competition," said a veteran pilot.

At the time, he said, the airline flew daily from Philadelphia to Montego Bay then to Kingston.

"We had a daily service which was well supported by ethnic groups as well as numerous tourists.

"However, since Caribbean Airlines took over operations, a major US carrier called Cactus emerged on the horizon," said the pilot. "The team from Cactus came in, studied (Air Jamaica), and tried new strategies but to no avail."

He charged that the same treatment was not extended to Caribbean Airlines when it assumed responsibility by way of succession. "Now they have decided that it can't work as Philadelphia was not making any money."

"You pay premium on the days that we do not operate. People gravitated to the competition. Having squandered one of the best opportunities given to them, they say they will have to leave the route alone because it is losing money," he complained.

Online checks by The Gleaner revealed that Cactus charged US$357 round fare compared to US$700 for Caribbean Airlines.