One person, one vote 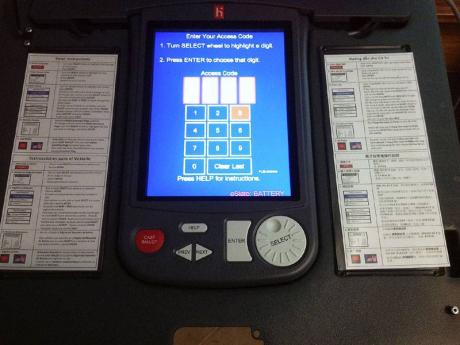 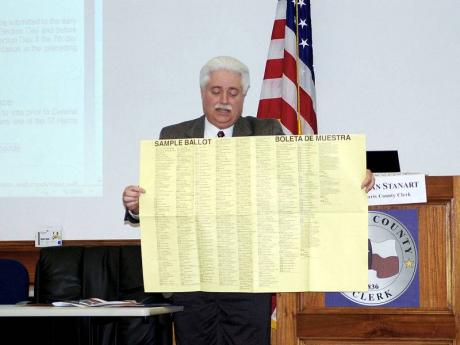 Harris County Clerk Stan Stanart, chief election official for the third-largest county in the United States of America, displays a version of the county's old paper ballots. The ballots are huge because along with political leaders voters in Harris County are required to vote for judges, education officials and social issues. - PHOTOS BY ANDREW WILDES
1
2

ERADICATING THE risk of bogus votes being stuffed into mysterious ballot boxes and the risk of voters 'spoiling' their ballots in error is possible.

All these unpleasant realities within the Jamaican electoral system could perhaps be eliminated by the use of an electronic voting system. The cost, however, may be the biggest hindrance for Jamaica.

Jamaica was the first country in the world to implement an electronic system of voter identification using fingerprints to safeguard against fraud. That system only serves to identify and verify the voter. Electronic voting, however, allows voters to cast their actual ballots electronically.

The Gleaner recently interviewed the chief election official in charge of elections in the third-largest county in the United States of America - Harris County - on the advantages and disadvantages of using a fully electronic voting system.

County Clerk Stan Stanart, who caters to some 1.9 million registered voters, is resolute that the electronic system used in Harris County is the best way to guarantee the promise of "one person, one vote".

"You cannot vote at the machines until they are turned on in the morning when there are multiple people around," Stanart said.

"When they are shut down for the day, there is no way to cast a vote. So there is no way, when the machine is being transported down to the central location to be counted, for any votes to be added or subtracted," he added.

Stanart noted that votes are captured in three separate locations. One, in the actual 'e-slate' machine; two, in what is called a 'judge booth control'; and third, on secure memory card inside the machine, that officials will pull out and check.

An additional advantage in electronic voting is the virtual elimination of spoilt ballots.

The system "ensures that you cannot vote twice in a race - for example, when we had punch cards, you could punch two or three places and ... it would cancel out your whole vote for that race." This danger, however, is removed with electronic voting.

The system, however, is not cheap to begin with. There is also the risk of having to replace them in the aftermath of a disaster.

In a 2010 fire, Harris County lost its entire inventory - 10,000 machines! According to the Houston Chronicle, then County Clerk Beverly Kaufman estimated the value of the machines at US$30 million, or J$2.55 billion.

Continuing costs include a software licensing cost for each machine, per year. In Stanart's words, with almost 10,000 machines - "It adds up."

Don't forget repairs. "There is always the small ones that will fail, but that is really pretty small," Stanart said.