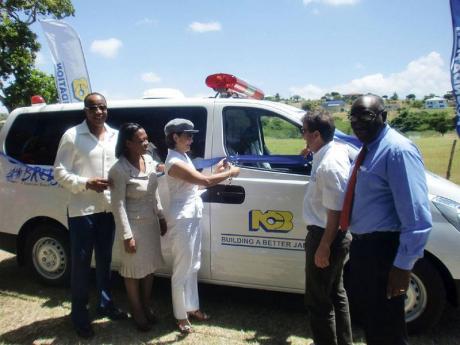 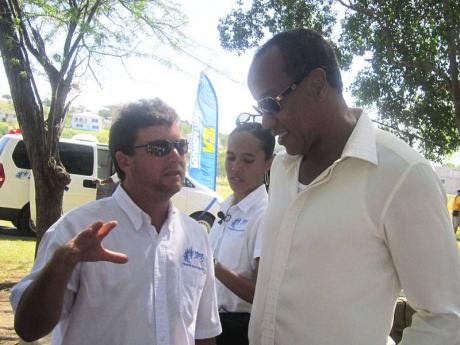 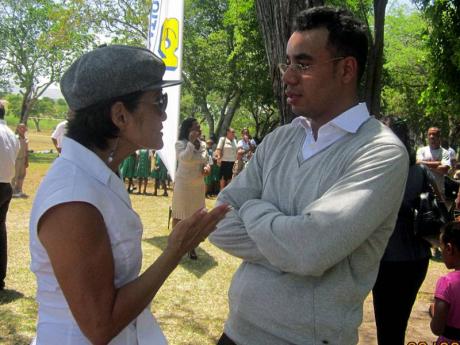 Thalia Lyn, chairman, NCB Foundation, in discussion with Adrian Lee-Chin at the handover ceremony of an ambulance to the BREDS Treasure Beach Foundation.
1
2
3

THE TREASURE Beach Emergency Unit located in Treasure Beach, St Elizabeth - an affiliate of the BREDS Treasure Beach Foundation - has been given a boost with the donation of a brand new 2012 Hyundai ambulance from the National Commercial Bank (NCB) Foundation.

Michael Lee-Chin, chairman of NCB and guest speaker at the handover ceremony which was held on Wednesday, saluted the foundation for being bold in thinking that they could have an ambulance of that calibre and pursuing it.

The ambulance is expected to provide support to the emergency services as the previous ambulance had been out of operation for more than 10 months. The new ambulance is equipped with basic items such as a defibrillator, oxygen, backboards and bandages, and can attend to small cuts and broken limbs.

Jason Henzell, chairman of the BREDS Treasure Beach Foundation, said with the exception of a paid driver, it will be operated by eight Red Cross-trained first responders. He emphasised that the all-volunteer team of eight are not trained medical personnel, but can offer basic service and liaise with hospitals until the patient is brought in.

The ambulance is expected to cater to the 3,500 residents of Treasure Beach who will pay a minimal fee for the service. Although the ambulance is managed by a committee and will be made accessible to other Jamaicans in the event of an emergency, Henzell said he has realised that it is an awesome responsibility to have been given a new ambulance, noting that they take the responsibility seriously and will raise funds in order to get the $1.2 million that is needed for the annual costs.

Dr Alwyn Miller, chief executive officer of the Mandeville Regional Hospital, said the ambulance will give the patients a greater chance of preventing further injuries, which will contribute to a greater recovery time. Miller said the previous ambulance service had on occasions extended assistance to the hospitals when both of their ambulances were in use.

The residents of Treasure Beach and all affiliated groups spoke highly of the initiative. One resident, Donna James, said it meant a lot to her because it took her to the hospital three times for separate medical emergencies and assisted in saving her life.