Prestigious Bindery and Printery - The ability to succeed despite the odds 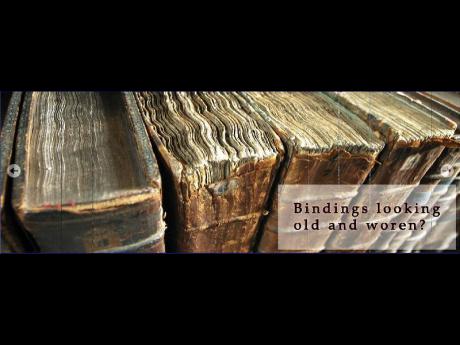 BEFORE: Old, tattered books sent to Prestigious Bindery for repair. 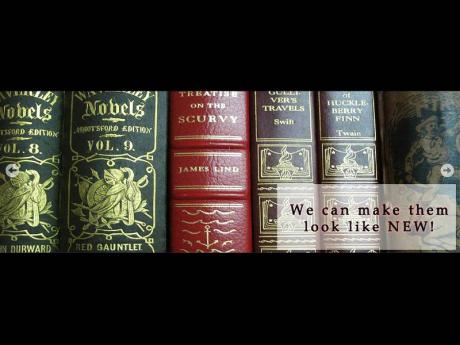 Among the many success stories to emerge from the Jamaica Manufacturers' Association in recent decades are companies that go unnoticed. This is so because their small budgets won't allow them to mount the glitzy public relations/advertising campaigns to gain the visibility that their larger counterparts find affordable.

Sitting among the cluster of units at the Sir John Golding Rehabilitation Centre in St Andrew, Prestigious Bindery and Printery is one such company.

Entering its offices, you immediately notice the cramped space in which it operates. At one of the two desks filling out the office area sits an optimistic Earl Thomas, the company's managing director. The other is occupied by two members of Thomas' 12-man staff, half of whom are physically challenged.

In the adjoining printery, the scramble for space becomes more resolute, with mere walking space among the seven or so machines in the small space.

Thomas, a paraplegic, has been operating the business for the past eight years, ever since the redundancy axe fell in 2003. Seized of the difficulties in securing employment, a determined Thomas decided that, after 19 years at the University of the West Indies (UWI) Printery, he had garnered enough experience to start his own business.

Thomas saw the move as not only a means to sustain himself, but also an opportunity to help other members of the disabled community whom he said face growing discrimination in the job market.

"I was motivated to open the company to provide work for my disabled brothers and sisters," Thomas told The Gleaner, "But also employ persons who are not physically challenged, too," he added. "People tend to equate your ability with your disability," he went on.

With a single mini binding machine and a mere fraction of the space the company now occupies, Thomas set out to grow the business into a thriving one with a mandate that read: "My obligation is to please."

As word spread of his impeccable craftsmanship and quick turnaround time, which ranges from three to five days in the case of badly defaced books, his customer base increased. He then sought permission from patron, Lady Golding, widow of Sir John Golding, to add another room.

Recalling one of his early jobs, he said: "I was doing some work for the Calvin McCain Library at UTech, some of the books were deemed unsalvageable, but when they saw how I got them back, they were shocked."

Today, his customers include his former employer UWI, UTech's Calvin McKain Library for whom he does book restoration, G.C. Foster College, government ministries and schools.

He credits the start he got from the UWI, which, he says, has "always been supportive from day one".

With the business outgrowing its current space and in need of financing to expand, the husband and highly spiritual man said: "If I'm able to stockpile raw materials, it would help the business a whole lot.

Pointing to the challenge small businesses face in obtaining funding, he said, "An injection of $3.5 million would help me to expand the business. 'Every great venture starts with one step'," he said, in a quote from Confucius, one of many he invoked in our interview.