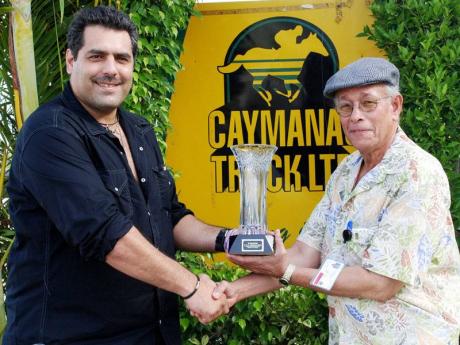 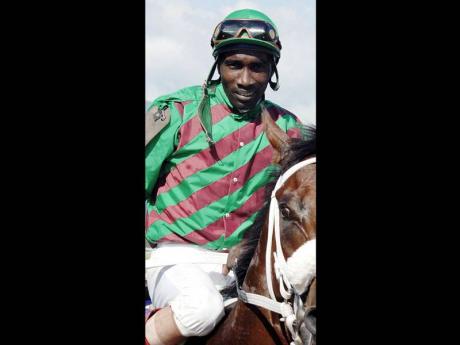 With Wednesday's midweek programme facilitating only eight races, the Pick-9 returns to Caymanas Park today with a $1.4 million carryover from last Saturday.

Although Wednesday's programme produced some notable upsets in MILITARY MOVE (33-1) and BLACKIE DAVIS (7-1), both Super-6s were caught, each paying handsomely. The first had a payout in excess of $500,000 and the second well over $400,000.

We look at the first Super-6 which kicks off with a 1400-metre restricted allowance race (non-winners of three) to be contested by nine starters. Here, the one to beat must surely be the lightly raced MERU, who is coming off an easy win over 1200 metres in non-winners of two on April 7.

The 4-y-o gelding from the stables of Norman Palmer has been taken to task at exercise in preparation for this race, galloping seven furlongs in 1:30.0 on June 18. MERU (Shane Ellis up) looks nicely in with only 53.0kg and should pack too many guns for KING T and PRINCECHAD.

Next on the programme is a 4-y-o and up maiden condition race over the straight-five course (division one) in which SEARCHING FOR GOLD from the stables of champion trainer Wayne DaCosta looks best of a moderate lot.

Last year, SEARCHING FOR GOLD failed by a head to beat GRADE MARQUE over the course, and now better for his May 16 pipeopener behind JELANI, when having his first race in almost a year, should easily account for TOMMY FIDDLE and SEXY REPORTER in a field of 12. Leading jockey Dane Nelson has the ride.

The third race (claiming $250,000-$210,000) to be contested by 10 starters over 1820 metres, should resolve itself into a straight fight between UNCLE KEN and BULLET LINE, both of whom have already won over the distance.

UNCLE KEN, who was a classic horse last year, finished ahead of BULLET LINE on April 28 when chasing home the out-of-class PRIME MINISTER over this trip. Following his fair fourth behind SOCA PARTY over a distance short of his best (1300m) last Saturday, UNCLE KEN is tipped to resume winning ways.

Race number four, Division II of the straight-five maiden condition race for four-year-olds and up, should see REGIONAL LEADER, FRISSON, STAR RULLAH, SPECIAL DEGREE and TE-AMO in contention where it matters.

REGIONAL LEADER will more than likely start favourite on the strength of his good second to GALACTUS over 1200 metres last Saturday, but he's 2.5kg worse off with FRISSON who was just behind him in third and could fall victim to his old rival.

Briefly, the DaCosta-trained ST BERNARD (Nelson up) has been knocking at the door for some time and is preferred to QUICK MARCH in the fifth race for maidens over the round-five course. Then, take the improving LISA VIBES (Nelson again) to stave off DOUBLE BUTTON and DI COBRE in the sixth race over 1300 metres for three-year-olds and up, to be contested by 11 starters.