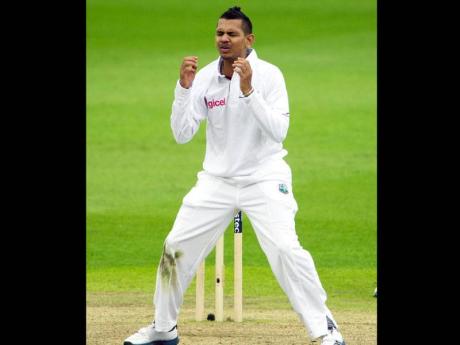 Off-spinner Sunil Narine says his confidence has not been dented following a disappointing tour of England earlier this month.

The Indian Premier League star entered the four-match limited-overs series with a huge reputation but made little impact as West Indies failed to win a single match, in a miserable outing.

"It's a matter of confidence and I'm feeling quite confident as we get ready for the weekend," said the 24-year-old.

"I didn't do as well as I hoped in England, but there is still a lot left in me. I know the areas which I have to work on. Basically, it's just a matter of going back and looking at what I did well against Australia."

Narine finished with a single wicket in two expensive 10-over spells in the one-day series reduced to two matches because of rain, and then went wicket-less in four overs in the one-off Twenty20 fixture last Sunday.

This was in contrast to his series against Australia in the Caribbean back in March when he grabbed 11 wickets in five matches at an average of 14.45 apiece.

He was one of the stars of the IPL, claiming 24 wickets and the Man-of-the-Series honour as he helped propel Kolkata Knight Riders to their maiden title.

With West Indies gearing up for the historic T20s against New Zealand here this weekend, Narine said he believed the Darren Sammy-led side possessed the ability to win the two-match series.

"There is a lot of hype around and it looks like this weekend will be 'big'. I'm just looking to enjoy the moment. As a team, we are feeling quite relaxed and we are building towards the matches," Narine said.

"We have some good players in our team who have done well in this format in various parts of the world, and we if we play up to our potential we can make it very difficult for New Zealand.

"We are keeping focused on the job that's required. When Saturday comes we will be ready."