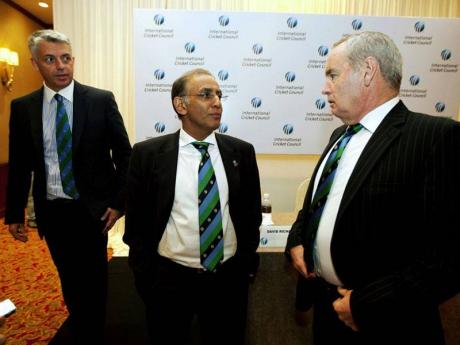 Cricket's world governing body, the International Cricket Council (ICC), ushered in a new era with the appointment of a new president and chief executive at the annual conference here yesterday.

Alan Isaac, the former chairman of New Zealand Cricket, will take over from Sharad Pawar as the eighth president while South African David Richardson has succeeded Haroon Lorgat who served for four years as CEO.

"In the midst of my pride at being chosen as president, I recognise that there is, of course, much hard work and much progress needed if we are to maintain the game's current healthy state," said Isaac.

"I believe that the challenges ahead are no less daunting than those we have faced in the last two years if we are to maintain the vibrancy and viability of the three formats of the sport."

"It is a real honour to be confirmed as the ICC chief executive and I want to pay tribute to Haroon Lorgat," said the 52-year-old.

"I have learnt much in the last four years and I inherit a game in great health with much to be optimistic about. I look forward to building on that and tackling the challenges ahead."

Richardson was in Barbados earlier this month as part of three-member ICC mediation team to chair talks between the West Indies Cricket Board and the West Indies Players Union on a new Collective Bargaining Agreement and Memorandum of Understanding.